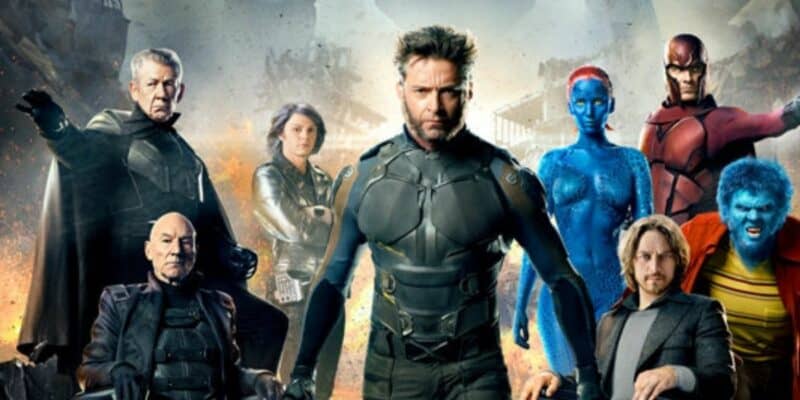 Who actually expected this, though?

Apart from this well loved franchise, The Walt Disney Company has other Marvel franchises that it’s taken under its belt — such as the X-Men franchise, whose rights were claimed by the media giant after they acquired 20th Century Fox (now 20th Century Studios). Previously, the X-Men franchise under Fox was expansive, spanning multiple movies and shows. Notably within the (previously) Fox X-Men Universe are well-known greats, (beginning with 2000’s X-Men) such as Patrick Stewart as Professor Charles Xavier, or “Professor X” (who also starred in 2022’s MCU-based Doctor Strange in the Multiverse of Madness), Hugh Jackman as Logan/Wolverine, Ian McKellen as Erik Lehnsherr/Magneto.

The series of movies followed the exploits of genetic Mutants with superpowers living in the modern world, with Professor X and Magneto at loggerheads with their respective approaches to Mutant-human diplomacy taking almost opposite points of view. Caught up in all this are other Mutants forced to take sides, such as Halle Berry as Ororo Munroe/Storm, Famke Janssen as Dr. Jean Grey, James Marsden as Scott Summers/Cyclops, Rebecca Romijn as Mystique, Alan Cumming as Kurt Wagner/Nightcrawler, Anna Paquin as Anna Marie LeBeau/Rogue — and many, many more. Later movies explored prequel stories and time travel, where characters such as Professor Xavier, Magneto, Mystique were portrayed by James McAvoy, Michael Fassbender, and Jennifer Lawrence, respectively.

However, the hottest new Marvel Studios film has something new to add to the Marvel Cinematic Universe — and there’s a tentative new connection with the X-Men franchise that many might not have picked up!

This new connection comes with the introduction of the film’s antagonist, Namor/Kukulkan (Tenoch Huerta) and his people, who live in the underwater dwelling of Talokan, an Atlantis-like civilization brimming with life.

Related: ‘Black Panther 2’ Might Be Banned From China Due to Five Seconds Of Controversy

You may be wondering: how do these people breathe underwater? The Talokanil people are “merpeople” of sorts, with Black Panther: Wakanda Forever revealing that they were a regular section of Mesoamerican Mayan people, until their god gifted them an escape from invading threats via visions of a special herb. Consuming it stripped them of their ability to breathe air, but also granted them super-healing, super-strength, and super-stamina, on top of turning their skin blue. Namor however, is explicitly stated to be “different” from them.

Namor’s “difference” lies in the fact that he is indeed, a genetic “mutant” — and Namor himself explicitly states this to Wakanda’s Princess Shuri, while showing her around Talokan and explaining the origin of his people (and why he’s so fiercely protective). As Winston Duke’s M’Baku says in the official trailer and during the film:

His people do not call him “general” or “king”. They call him “K’uk’ulkan”, the Feather Serpent God.

Now, Namor being considered a “Feather Serpent God” is vital, because even amongst the Talokanil people who inherently have enhanced powers from the herb, Tenoch Huerta’s “god” is worshipped because of the mutations that give him additional specialties. Importantly, he was born with these abilities — he did not get bitten by a radioactive spider, or fall into a vat of electric eels, or become subject to gamma radiation, or Super-Soldier Serum. He is able to take in oxygen and survive both in and out of the water, does not have the characteristically Talokanil blue skin. Additionally, he has decelerated aging, distinctly pointed ears, and the ability to fly with strange wings that sprout from his ankles, that make a snake-like hissing sound as he uses them.

The use of the explicit term “mutant” and the description of his mutations is made very clear to the audience. They did not use “Inhuman” (another MCU-established phrase), but “mutant” and “mutations”, which are very much an “X-Men” thing, also in the Marvel Comics. This could change the Marvel Cinematic Universe forever as this is likely Marvel Studios establishing the first ever, official MCU X-Men-style mutant as Namor the Sub-Mariner — all the way back in the MCU’s 1500s.

Technically, we’ve already seen another “mutant” in the Marvel Cinematic Universe, in the form of Ms. Marvel/Kamala Khan (Iman Vellani) in her own Disney+ show Ms. Marvel (2022) — though it was not made as explicit as this with the discussion of specific, genetically mutated traits. Additionally, Namor is often cited as “The First Mutant” in the Marvel Comics — he has a comic titled “Namor: The First Mutant”, after all — and it seems like the MCU are sticking to that concept after his introduction in Black Panther: Wakanda Forever.

This sets the stage for future mutant-based works, and for the MCU’s very own band of X-Men, instead of just the already-confirmed existence of Fox’s X-Men characters, including the upcoming Ryan Reynolds Deadpool 3 starring Hugh Jackman returning as Logan/Wolverine, specifically in the MCU and the Multiverse.

For sure, exciting, Mutant-y things are on the horizon for the Marvel Cinematic Universe! Especially with the massive reveal at the post-credit scene (do we need to say: spoilers, again?) — could more Mutants and X-Men arise?

What do you think of the MCU having their very own X-Men? Share your thoughts in the comments below!