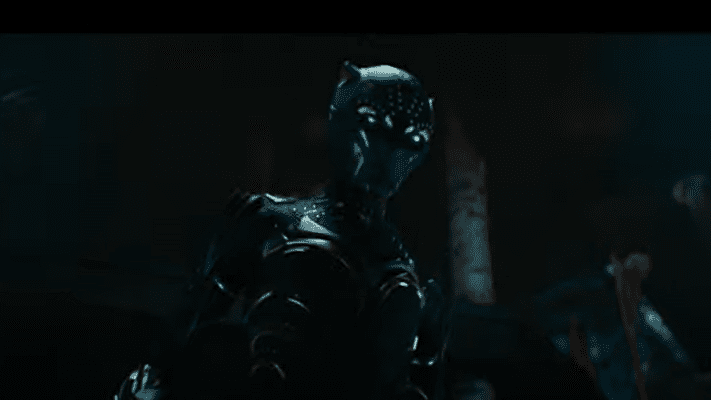 Black Panther Wakanda Forever (2022) has finally hit theaters. It’s an emotional rollercoaster as the cast handles the death of Chadwick Boseman’s King T’Challa with grace and a passion unrivaled in the MCU.

Never before has Marvel openly allowed raw emotions to dominate the screen and explore how two people, Wakanda and Talokan, and their struggle to live as independent nations away from the world. Both face difficult choices, which is why Tenoch Huerta’s Namor fights Wakanda.

After the first set of credits roll, fans are left with a scene before the main credits descend. Instead of handling tradition at Wakanda with her people, Shuri (Leticia Wright) goes to Haiti to see Nakia (Lupita Nyong’o) and finishes her tradition of burning her funeral clothes to mark that her period of mourning T’Challa is over.

This is what her mother would’ve wanted, and now Shuri gets to honor her family in an emotional moment. After shedding a few tears, Nakia joins her by the fire with a little boy. She explains that the boy’s name is Toussaint and that he is T’Challa’s secret son.

Shuri is shocked to learn this and asked if Queen Ramonda (Angela Basset) knew of this secret, and it’s revealed that she was able to see the boy earlier. Additionally, Toussaint reveals that he has a Wakandan name. T’Challa, son of King T’Challa. This heartwarming moment gives fans a good idea that T’Challa’s legacy will live on in the MCU and that the King of Wakanda won’t be forgotten.

It’s important to note that before Shuri and Ramonda burn their funeral clothes, the Queen shares that she needs to tell Shuri something about her brother, but Tenoch Huerta’s Namor appears. This leads the conversation to be dropped, but it seems that Ramonda wanted Shuri to know, so it’s great that she learned that her brother had a son.

Did anything else happen?

Unfortunately, Marvel didn’t spend time setting up any more projects in the post-credits as T’Challa will be a young boy for many years, leaving Shuri to be the new Black Panther for several more years. If Marvel does a Black Panther 3, it seems that the franchise will have to consider what to focus on since Doom Wars might be too repetitive, with Namor stealing Doom’s role as the main infiltrator of Wakanda.

It seems that Marvel might allow Wakanda to continue forward with spinoffs to touch on different groups, but another movie might take some time as there doesn’t seem to be a major villain ready to challenge Wakanda without repeating what fans have already seen in the past two movies.

Did you enjoy the post-credits scene? Let us know what you think!