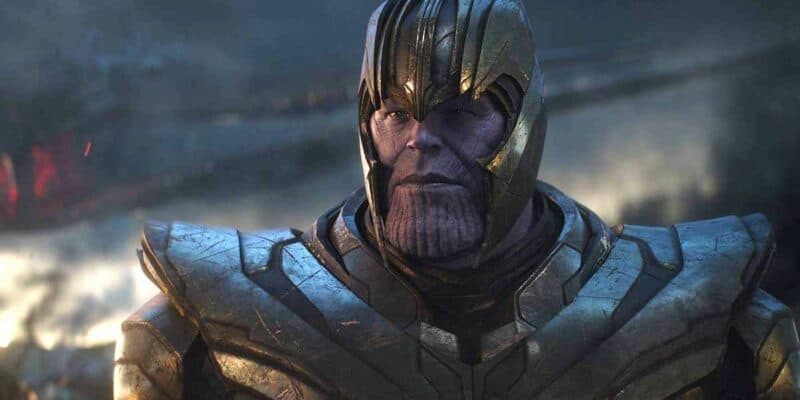 Before Chadwick Boseman tragically passed away, Black Panther: Wakanda Forever (2022) was going to focus on Josh Brolin’s Thanos with grief as one of the movie’s main themes.

Ryan Coogler dealt with the impossible. After Boseman tragically died from cancer, the director managed to continue working on the next adventure with Wakanda. Instead of telling a story with T’Challa, Coogler had to tell a story about how the mighty King of Wakanda fell.

After COVID and injuries on set placed production on hold, Black Panther 2 went through many setbacks, but now the movie will finally be ready to be seen by the world very soon. The sequel promises to explore new corners of the MCU with Tenoch Huerta’s Namor and even bringing Dominque Thorne’s Riri Williams/ Ironheart into the MCU.

This choice led many fans to be excited about the movie and to see what would happen to Wakanda, but that didn’t stop fans from wondering what the movie would’ve explored if Chadwick was still alive. Ryan Coogler decided it was best to share his original vision and admitted that the tone stayed the same in his interview with Inverse:

“The character was going to be grieving the loss of time, you know, coming back after being gone for five years. As a man with so much responsibility to so many, coming back after a forced five years absence, that’s what the film was tackling. He was grieving time he couldn’t get back. Grief was a big part of it.”

Dealing with the Blip would’ve been fascinating as T’Challa would’ve struggled to deal with losing five years to Thanos. In Avengers: Infinity War (2018) and Avengers: Endgame (2019), it was easier for fans to think about how Marvel’s super heroes won the day and did beat Thanos in the end, but it came at a hefty price. Losing five years isn’t easy, and most of the MCU hasn’t explored this concept.

Florence Pugh’s Yelena Belova did touch on it in Hawkeye, as the series showed her returning after the Blip and how it affected her. Other than that, fans haven’t delved deep into exploring how the Blip affected the super heroes who were gone in the way Black Panther 2 wanted to.

Grief will be a crucial part of the sequel because the movie will deal with Chadwick’s death. Wakanda will grieve their lost King and explore a new story centered around that grief. Coogler admits later on that he couldn’t keep the story exactly the same due to the script requiring a new protagonist:

While Black Panther 2 might not include one of our favorite super heroes anymore, fans can still look forward to seeing how Wakanda perseveres and inspires a new generation of heroes. Thanos may have taken away some valuable time from the MCU with his snap, but that didn’t stop others from rising up to lead and help protect the world during the Blip.

Do you wish Black Panther 2 kept its focus on Thanos and the Blip? Let us know what you think!