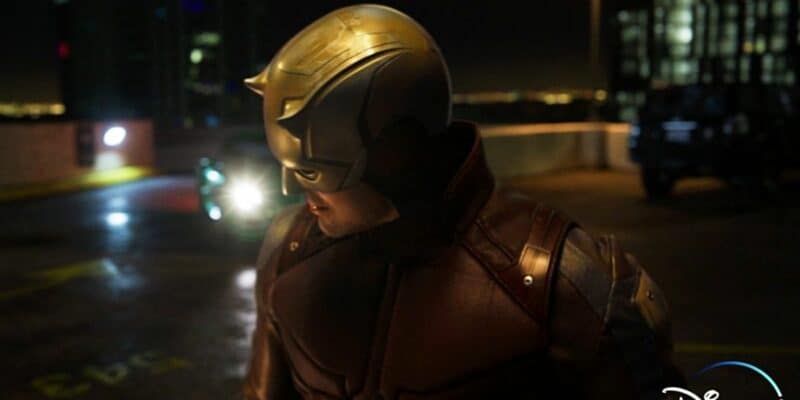 Marvel fans are getting everything they could possibly want in Marvel’s Multiverse Saga. This includes the long-awaited season four/reboot of Daredevil starring Charlie Cox as Matt Murdock/Daredevil. Since the Man Without Fear showed up in Spider-Man: No Way Home, fans have been waiting impatiently for what the future holds for Daredevil. And a new rumor suggests his next foe could be one of the greatest villains in the Marvel Universe.

Daredevil (2015-18) streamed on Netflix and moved to Disney+ in March 2022. Marvel fans have debated if the show and the rest of Netflix’s Defenders Saga were canon to the main Marvel Cinematic Universe, with Marvel Studios president Kevin Feige remaining painfully ambiguous about the subject.

Charlie Cox has been confirmed to appear in She-Hulk: Attorney at Law, starring Tatiana Maslany (Orphan Black) as Jennifer Walters/She-Hulk, cousin of Bruce Banner/Hulk (Mark Ruffalo). Then he will return in Echo, starring Alaqua Cox as Maya Lopez/Echo, the adopted daughter of Wilson Fisk/Kingpin (Vincent D’Onofrio).

And then Matt Murdock will get his own Disney+ original series called Daredevil: Born Again. It gets its names from the 1986 comic book story arc written by Frank Miller and drawn by David Mazzucchelli, but like other Marvel Comics arcs, the MCU story will be drastically different. The comic run involved Kingpin revealing Daredevil’s secret identity and ruining his life.

However, a theory online suggests the Born Again show could also adapt the recent Devil’s Reign comic event by Chip Zdarsky, which involved Kingpin teaming up with the Purple Man to figure out Daredevil’s identity yet again.

Marvel fans will know the Purple Man as Zebediah Kilgrave (David Tennant) from Jessica Jones. Jessica Jones (Krysten Ritter) was tortured by Kilgrave, who can mind-control his victims using a unique virus that he emits—micro-particles released into the air that renders everyone around him susceptible to his commands.

Krysten Ritter has been rumored to make her triumphant return to the MCU in Daredevil: Born Again. However, it would be hard for Kilgrave to return as he was killed at the end of Jessica Jones season one. At FAN EXPO Boston, David Tennant (Doctor Who) confirmed that was the last he had heard of Kilgrave. If he did return, it would mean once and for all the Netflix shows like Luke Cage, Iron Fist, and Punisher all takes place in a separate Marvel Universe.

It could be a sacrifice that some Marvel fans are willing to make to see Kilgrave AKA the Purple Man again. Twitter users like duncann_donutss have Kilgrave as one of the most terrifying live-action villains, saying:

“Frankly, I will die on the hill that Kilgrave in Jessica Jones is the best live action comic book villain of all time. No hate to Thanos, Dafoe’s Goblin, Killmonger, Kingpin, etc. They’re all VERY close, but the fact that Kilgrave doesn’t even make most people’s lists is a CRIME!”

Frankly, I will die on the hill that Kilgrave in Jessica Jones is the best live action comic book villain of all time. No hate to Thanos, Dafoe's Goblin, Killmonger, Kingpin, etc. They're all VERY close, but the fact that Kilgrave doesn't even make most people's lists is a CRIME! pic.twitter.com/UpYIZqrpXH

Even though Thanos (Josh Brolin) was the defining villain of the Infinity Sage and Kang the Conqueror (Jonathan Majors) is about to become a major antagonist of Earth’s Mightiest Heroes in the Multiverse Saga, fans are divided on who is the best Marvel villain. Twitter user myvillaneve goes as far as to call Thanos “overrated”

“thanos is so overrated. everyone who says that he’s the best villain of marvel has no taste whatsoever. what about kilgrave, zeemo, killmonger and toomes? any of them was a better villain than thanos.”

thanos is so overrated. everyone who says that he’s the best villain of marvel has no taste whatsoever.

what about kilgrave, zeemo, killmonger and toomes? any of them was a better villain than thanos. pic.twitter.com/O2JJghPHuq

Kilgrave’s mind-control power and the way he used it struck fear in the hearts of many Marvel fans. Like agentremylebeau who declared him the scariest villain, saying:

Not much is known about Daredevil: Born Again. Marvel fans hope that the original actors will return for the roles, including Deborah Ann Woll as Karen Page, Elden Henson as Foggy Nelson, Jon Bernthal as Frank Castle/Punisher and Elodie Yung as Elektra.

Let us know in the comments if you want David Tennant’s Kilgrave, AKA the Purple Man, to return in Daredevil: Born Again.

Comments Off on ‘Daredevil’ Reboot Could Break MCU Canon, Include Villain “Scarier” than Thanos