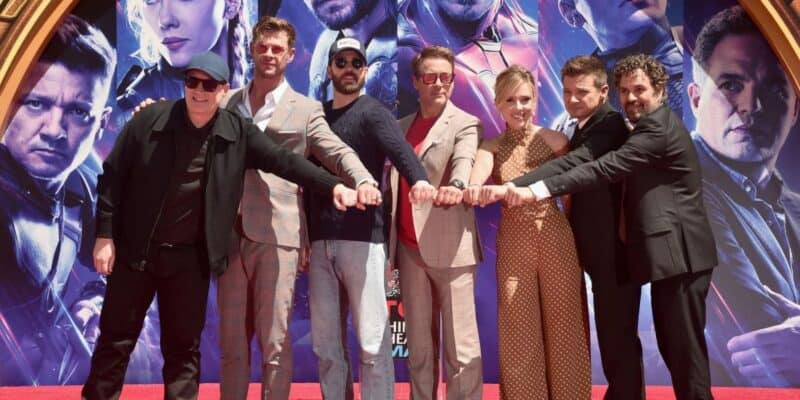 Now, however, it seems that Marvel Studios, Disney’s most profitable movie house, might be hitting “a bit of a slump.” According to a new Wall Street Journal report, Feige’s super hero films — while still incredibly popular — have lost hundreds of millions of dollars recently when compared to their earlier predecessors.

Since Disney acquired Marvel in 2009, the studio has produced 25 superhero films that have grossed a total $25 billion worldwide, making it one of the highest-earning film studios in Hollywood history. Among them are Marvel’s 2019 “Avengers: Endgame,” the highest-grossing movie of all time with $2.8 billion at the global box office; “Avengers: Infinity War,” which grossed $2 billion, and eight more that topped $1 billion each.

But since the beginning of 2021, the average global box-office gross of the six films produced by Marvel has fallen to $773.6 million—roughly half the $1.5 billion average of the previous six films.

The outlet also reported that:

“Eternals” ($402.3 million total gross), “Shang-Chi and the Legend of the Ten Rings” ($420.7 million) and “Black Widow” ($373.2 million) have stuck out as major flops, at least by the lofty standards of Marvel movies’ previous box-office performances.

Critical reception of the films has suffered as well. According to Rotten Tomatoes, a website that tracks movie reviews, the last six Marvel titles averaged a 75% approval rating among critics, compared with 88.5% for the prior six.

However, other metrics prove it’s all in how you look at things, particularly in regard to the fact that pandemic culture dramatically altered how Hollywood functions.

Despite the fact that Marvel has seemingly lost some ground with recent release, it is worth noting that the movie industry is still playing catch-up from COVID-19 pandemic theater closures and filming delays — plus, an increasing number of studios are turning to streaming services and series to fill the void for theater goers.

The Walt Disney Company released films a variety of different ways as the pandemic continued into 2021, with CEO Bob Chapek saying at one point that the studio and its subsidiaries — including Marvel Studios, Lucasfilm, Ltd./Star Wars, and Pixar Animation Studios — had to “put a stake in the ground” in regard to making decisions about how movies would reach audiences.

Despite the hardships, Marvel movies still arguably dominated the 2021 box office, even if they didn’t bring in the numbers that earlier projects did.

The brand standout year with five movies added to the brand’s already massive library. Between Marvel Studios and Sony Pictures, the Marvel universe added Black Widow (July 9, 2021), Shang-Chi and the Legend of the Ten Rings (September 3, 2021), Venom: Let There Be Carnage (October 1, 2021), Eternals (November 5, 2021), and the record-setting Spider-Man: No Way Home (December 17, 2021).

Per one article about the impressive feat:

…those [five] movies made more than $1.35 billion in North America — about 30% of the overall $4.45 billion earned in ticket sales last year…

Now, as Marvel moves forward into Phase Five and Phase Six, MCU fans clearly have a lot to look forward to both on the small screen and in movie theaters around the world — as new characters continue joining the Marvel Cinematic Universe and fans continue returning to normal life in a post-pandemic culture, perhaps Marvel Studios will see a spectacular rebound sooner rather than later.

What do you think? Will Marvel continue to be dominant in 2023 and beyond?