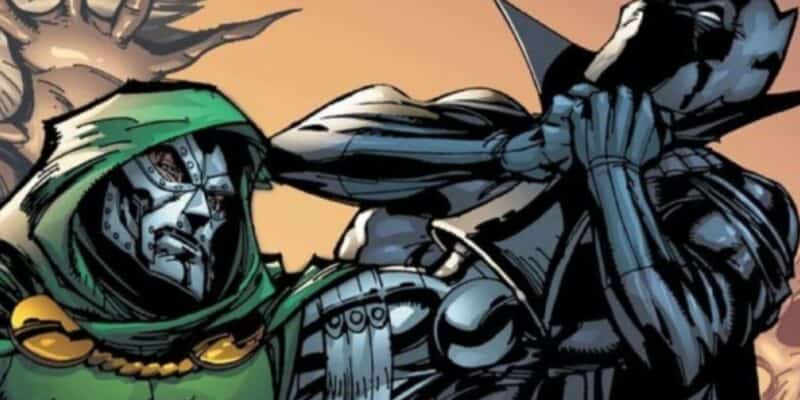 Black Panther: Wakanda Forever (2022) is one of the most anticipated MCU projects, and the sequel may be setting up a new crossover event that will challenge Wakanda with a new threat.

Doom Wars would be Marvel’s biggest war explored on the big screen, with several super heroes such as the Fantastic Four teaming up with Shuri to defeat Doctor Doom before he becomes too powerful. Vibranium has already seen its power in the MCU, and Doom Wars would reveal another side of why the metal is too dangerous if used by the enemy.

What is Doom Wars?

Released on February 17, 2010, Doom Wars was written by Jonathan Maberry as a six-issue event with several tie-ins going over Wakanda’s invasion by none other than Victor Von Doom. Instead of attacking Wakanda with a massive army, Dr. Doom stays in the shadows and secretly corrupts Wakanda into believing their leaders are weak and uses a particular group to take down all of Wakanda’s defenses.

Shuri becomes the new Black Panther after T’Challa is left severely injured after being ambushed. Shuri’s house and claim to power are threatened by outsiders and her own people as they are slowly being corrupted by Dr. Doom’s subtle influence leaving him to invade Wakanda when it is at its weakest point.

Here’s a brief description of the storyline from a Marvel database:

Wakanda has been conquered, its Vibranium reserves plundered. Storm faces execution in the next 48 hours. And Dr. Doom stands triumphant. It will take the combined forces of the X-Men, the Fantastic Four and the two Black Panthers to stand against him. A war has begun that will pit the world’s most relentless super-villain against a collection of the world’s most powerful super heroes — one that will span the globe, offering twists and turns and surprise players (hello, Deadpool!) that neither side will see coming.

Who is in Doom Wars?

Doom Wars is one of the bigger crossover events, with the X-Men and Fantastic Four teaming up with Deadpool to take on Dr. Doom. Storm, Namor, Shuri, and T’Challa all stand in the middle of Doom’s dangerous game of chess as he manipulates everyone.

The Fantastic Four get involved once Shuri calls on Reed Richards for aid and can’t stop himself from helping Wakanda. This leads to the Fantastic Four helping Shuri discover that Namor isn’t responsible for T’Challa’s injuries and isn’t her real enemy.

The X-Men get involved once they hear that their friend, Storm, will be executed by Wakanda’s radical group, the Desturi who Doom manipulated. They infiltrate Wakanda to save their friend and fight alongside Shuri and T’Challa to defeat the infamous villain so that he doesn’t win the day.

Deadpool arrives once T’Challa is tired of being outsmarted by Doom and resolves to do the unpredictable, which involves bringing in the merc with a mouth. Deadpool has the time of his life getting paid to work with the Dora Milaje and is an excellent addition to the roster as he is having the time of his life.

Why is Shuri the Black Panther?

Shuri is made Black Panther once T’Challa is no longer fit to protect Wakanda. He tries to train and make himself stronger, but his mysterious accident has left him weak and unable to be the super hero he once was. So his sister, Shuri, takes it upon herself to live up to her brother’s legacy as the new Black Panther.

It’s not easy for Shuri because all of her opponents underestimate her, and she is left fighting enemies with more resources than her after she loses contact with Wakanda. Her typical gadgets are out of reach as she is forced to work with her genius intellect and hands to solve her problems.

Unlike T’Challa, Shuri is still young, naive, and, in the story, more brash and bloodthirsty. This leaves Shuri on a dark road as she has to learn about the consequences of going too far as a hero, as the line between hero and villain can blur.

Her war against Doom tests her limits, and her character is forged by bloodshed and warfare as the war between her people and Dr. Doom lasts several weeks as they try to stop Doom from binding the vibranium to himself, imbuing it with magic.

Why is Dr. Doom the Villain?

Virbranium.  Dr. Doom realizes that if he wants to become more powerful, vibranium is how he will be able to take over the world. Not only is the metal used for various Wakandan technologies, but vibranium’s secret is that it is very powerful once it’s imbued with magic.

So Dr. Doom needs all of Wakanda’s vibranium. Not just for himself but his robotic army. Wakanda protects their vibranium more fiercely than anything else. Wakanda has never been invaded, so it wasn’t easy for Dr. Doom, but he was the only villain willing to take the necessary risks to steal all of the vibranium.

Wakanda’s economy and research stem from vibranium, so losing their precious metal is a great loss for Wakanda. If anything, Wakanda would be expected to fall without it. Dr. Doom’s plan for power leads to the famous nation being brought to its weakest point so that he can have immense power and be like a god to humanity.

What’s up with Namor?

Namor is thrown into the story as he is believed to have gone out of his way to ambush T’Challa and is responsible for terribly injuring him. In her anger and grief, Shuri learns this and tries to fight Namor in her rage at the shore.

As an Atlantean, Namor’s abilities are significantly powered by the water, so he has a decisive advantage over Shuri as she doesn’t rely on strength in her fight. Namor is placed into the conflict due to Doom’s manipulation of the footage. This led Wakanda to focus on Namor and not see Doom’s subtle moves to take over Wakanda.

In Black Panther: Wakanda Forever, Dr. Doom might already be setting up Tenoch Huerta’s Namor as the main threat to Wakanda as he slowly figures out how to steal the nation’s vibranium. Some shots from the trailer do reveal that Wakandans are under attack by what looks like armed mercenaries.

Namor and Wakanda do not need mercenaries, but someone like Dr. Doom is probably responsible for such attacks. Doom’s presence in the sequel will probably be in the shadows as the villain will reportedly be revealed in the post-credits.

Namor’s role in the movie might have changed from the comics as Namor might bring his kingdom into direct war with Wakanda and weaken the nation for Doom to have a better chance at stealing the vibranium.

Why Doctor Doom Won’t Just Be a Fantastic Four Villain

Even though the Fantastic Four come to Shuri’s rescue, Doom serves as a villain for several super heroes, not just Marvel’s first family. Doom’s aspiration pit him against the world because if he takes control, he will be unstoppable and can rule the world.

To stop Dr. Doom, Shuri needs help from the X-Men and Fantastic Four to even stand a chance, and the MCU will want to do the same thing. So far, Marvel has only tied Doom to the Fantastic Four in any movie leaving fans to think of the villain as just a villain for solo MCU movie.

The comics have made Doom one of the strongest and most evil villains in Marvel history, so it isn’t surprising that Marvel wants to highlight how dangerous he is. Making him the villain in Doom Wars and potentially Black Panther 3 would help fans realize that it takes the combined effort of a lot of super heroes to take down the iconic villain.

How Doom Wars Could Fit Into the MCU

With Black Panther 2 releasing November 11, 2022, fans don’t have to wait long before watching the highly anticipated sequel. Marvel will have to take their time to release a sequel to Wakanda Forever, and that’s a good thing for how Doom Wars can fit into the MCU.

Instead of ending with Doom now moving to attack a weakened Wakanda, Black Panther 2 might end with Doom setting the stage for how to eventually invade and steal their prized vibranium.

Doom Wars would be very lackluster without both of the super hero teams included, as it makes Doom more of an MCU villain like Thanos. The Fantastic Four team won’t appear until February 14, 2025, and Marvel hasn’t revealed their plans for the X-Men, but Black Panther 3 should include both if they plan to adapt the war between Doom and Wakanda.

Black Panther 3 Will Be A New Version Of Doom Wars

With Black Panther 2 potentially introducing Dr. Doom, Marvel has a great opportunity to make the villain appear very dangerous before appearing in Avengers: Secret Wars (2026) with Black Panther 3. If Doom is after vibranium as a way to make himself more powerful, this would also allow fans to get a good look at other super hero teams before doing massing crossovers as they will in Secret Wars.

Black Panther 3 could easily serve to make Dr. Doom a threat to everyone in the Multiverse, as he could rally all of the MCU super heroes to fight against him and could even serve as a direct tie-in to Secret Wars. Marvel announced that Secret Wars is delayed six months, leaving a year in between both Avengers movies. 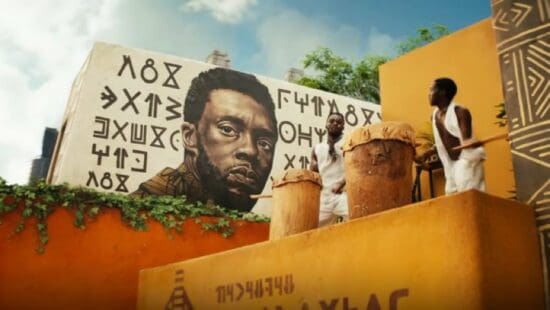 That gap could be full of a lot of Marvel projects setting up different teams for Secret Wars, but Black Panther 3 would help set up a lot of characters in a big story that will highlight why the MCU should be afraid of a man like Dr. Doom.

If they release Black Panther 3 in 2025, it should give enough time for other super hero teams like the Fantastic Four and X-Men to enter the MCU and allow Doom’s influence over the MCU to be more realitstic.

Either way, fans have wanted Dr. Doom to be in the MCU for a long time, and Doom Wars would be a perfect way to raise the bar for what fans would expect from Secret Wars.

What are your thoughts on Doom Wars? Do you hope the story is adapted for Black Panther 3? Let us know what you think!