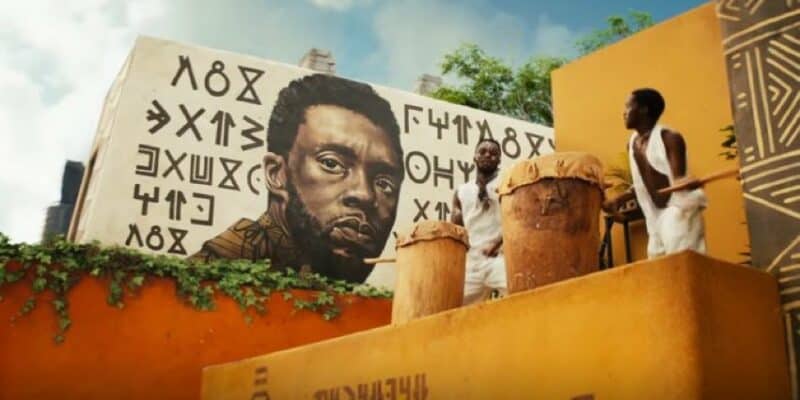 While Black Panther: Wakanda Forever (2022) should be the highlight in many Marvel fans’ calendars, the sequel to Ryan Coogler’s directorial follow-up to his billion-dollar smash Black Panther (2018) has been marred with controversy, confusion, and mystery ever since Kevin Feige’s studio announced it would not recast the late Chadwick Boseman’s role of King T’Challa, the titular Black Panther, after his untimely passing in 2020.

Now, producer Nate Moore has once again caused ire among fans and #RecastTChalla supporters after doubling down on Marvel Studios’ choice not to continue T’Challa’s story but instead kill him off in the Marvel Cinematic Universe.

It’s no secret that Chadwick Boseman truly embodied the role of T’Challa. From his early beginnings as a supporting character in the Captain America sequel, Captain America: Civil War (2016) to leading his own Marvel movie two years later, and joining the huge ensemble cast of the Russo Brothers’ Avengers: Infinity War (2018) and Avengers: Endgame (2019), Boseman’s Black Panther changed the world.

Under Coogler’s direction, and with a largely Black central cast, Black Panther‘s success allowed the industry to see that superhero movies need to be diverse, and need to represent all types of people. With Boseman as the figurehead of this cultural change in the comic book movie landscape, legions of fans — adults and children — became intertwined with the King T’Challa phenomenon, “Wakanda Forever” and all.

So, it’s not surprising that when Marvel executives revealed they would not be recasting the role of T’Challa after Boseman’s death, it began a campaign that is still gaining traction to this day. Upon the arrival of the first teaser trailer of the Marvel Phase Four finale movie, Black Panther: Wakanda Forever, at San Diego Comic-Con, the #RecastTChalla hashtag ignited online. Despite fans loving Boseman’s portrayal of the famous Marvel Comics character, many feel the studio is dismissing, well, one of the most famous Marvel Comics characters in history.

Not only that but the cultural significance of a Black mainstream superhero being killed in a fictional live-action universe, instead of continuing the legacy with a new actor, has been deemed the “biggest” attack in MCU history, launching boycott action from numerous people. Even Boseman’s family expressed that the late actor’s role should have been recast, with T’Challa being bigger than any one actor.

Over the last couple of years, both Marvel Studios President Kevin Feige, and producer Nate Moore have offered insight into their decision not to recast the role, including claiming that Black Panther is a mantle, in spite of fan complaints. And it should also be said that the Black Panther: Wakanda Forever cast is seemingly on board with the direction of the MCU franchise when it comes to King T’Challa.

In a recent interview, Moore has once again doubled down on Marvel’s stance, referencing those who decry their decision. He said:

“I don’t know if anything about it was an easy decision. But it was a decision that, once made, we all believed in, and it led us on a path forward. I could not imagine turning to the best young actor in the world who wasn’t Chadwick, and being like, ‘Okay, so you’re T’Challa.’ I could not, and cannot, imagine that. I really couldn’t. Other people will have a different answer to that question. And we’re very aware of the talkback, and how people feel. And I think all of that, to be quite honest, is fair.”

“Everybody’s going to have a different opinion. I can just say, after being in it, I couldn’t do it. I couldn’t get there.”

Upon the release of Moore’s interview, the internet was once again aflame with the “talkback” the producer referenced. @atlblerd2 said:

If Nate Moore can’t see finding another, QUALIFIED Black actor to carry on the role of THE MOST IMPORTANT BLACK COMICBOOK CHARACTER AT @MARVEL, perhaps even ever, then Nate should not have that job. Period.

Lookin at YOU @MarvelStudios @Kevfeige.

If Nate Moore can't see finding another, QUALIFIED Black actor to carry on the role of THE MOST IMPORTANT BLACK COMICBOOK CHARACTER AT @MARVEL, perhaps even ever, then Nate should not have that job. Period.

Other comments, like this one from @DancingDog, aptly reference other famous recastings in big-budget projects, such as Michael Gambon replacing Richard Harris as Albus Dumbledore in the Harry Potter series.

Reminder Jack that the key role of Dumbledore was recast after the first film because the wonderful Richard Harris passed away. The series continued On, made $ and nobody blinked. #RecastTChalla

Reminder Jack that the key role of Dumbledore was recast after the first film because the wonderful Richard Harris passed away. The series continued On, made $ and nobody blinked. #RecastTChalla pic.twitter.com/dbHBRkuuQj

These are just a handful of examples that demonstrate the continued contention between fans and the MCU. It is also not the first time that Marvel fans have coined the movie as “Black trauma”; fans had to mourn Boseman in real life, and will now have to revisit that pain when the sequel drops next month. It will be interesting to see how Black Panther: Wakanda Forever handles the passing of T’Challa on-screen, and the question of who will be the next Black Panther.

What are your thoughts on #RecastTChalla? Let us know in the comments down below!