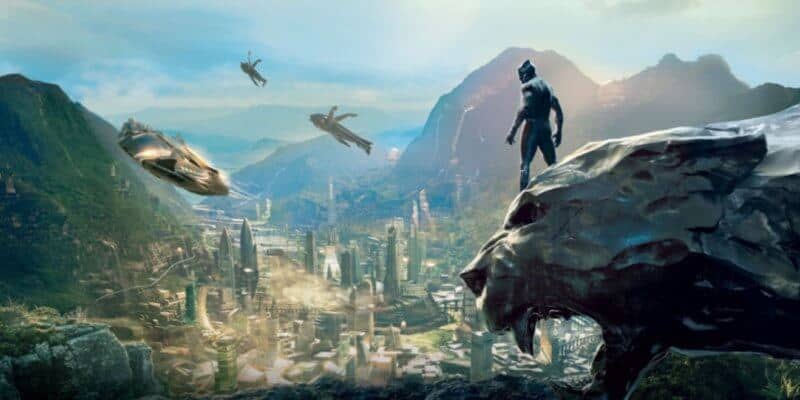 Both in the comic book Marvel Universe and Kevin Feige’s Marvel Cinematic Universe, the Avengers are one of the most popular superhero squads. With members including Tony Stark/Iron Man (Robert Downey Jr.), Steve Rogers/Captain America (Chris Evans), Thor (Chris Hemsworth), and Wanda Maximoff/Scarlet Witch (Elizabeth Olsen) on screen in the MCU, Marvel Comics has always had a wider range of members in the Avengers roster.

While the word is still out on just what the Avengers look like in Marvel Phase Four, the 2018 comic book run, aptly titled “Avengers,” is ongoing. The latest issue, “Avengers #55”, finds one major member of the Earth’s Mightiest Heroes quitting the beloved superhero team and replaced by “HEROES REBORN” character, Nighthawk — Marvel Universe’s version of Batman.

The exit of Black Panther in the current “Avengers” comic book run comes in the wake of T’Challa’s war against Wakanda in his self-titled series. “Black Panther #5” finds the superhero fighting to clear his name after recent attacks all point to the former King of Wakanda, drawing T’Challa into a web of lies, deceit, and unrest. T’Challa has been a longstanding part of Marvel Comics and the Black Panther franchise since his inception by Stan Lee and Jack Kirby in 1966’s “Fantastic Four #52”.

THE COMING OF THE NIGHTHAWK! Last seen during the events of HEROES REBORN, Nighthawk of the Squadron Supreme of America returns to the scene with a dark and mysterious purpose. Is he friend or foe to the Avengers? Nobody’s sure. But there are no such questions about the deadly new incarnation of the Serpent Society!

Mephisto and Phil Coulson created the Squadron Supreme of America which included the Batman-style Nighthawk. The Squadron was formative to the “HEROES REBORN” story arc, eventually leading to the characters spread across the real Marvel Universe and Nighthawk replacing Black Panther in the current Avengers team.

In the popular MCU, Black Panther is set to return to the big screen in this year’s Black Panther: Wakanda Forever (2022), slated for a November release. The sequel to director Ryan Coogler’s smash-hit Black Panther (2018) will see a new character take up the mantle of Black Panther following the unfortunate passing of Chadwick Boseman in 2020.

The late Chadwick Boseman played T’Challa/Black Panther, the first prominent Black superhero, across multiple MCU movies like Captain America: Civil War (2016) and the Avengers finale movies. His last work for Marvel Studios came last summer when he voiced his live-action character for the animated series, What If…?.

The Walt Disney Company and Marvel Studios will not recast Boseman’s role but instead are seemingly hinting at T’Challa’s sister Shuri (Letitia Wright) or the Dora Milaje General Okoye (Danai Gurira) taking up the mantle of the Wakanda protector in the future superhero movie.

Coogler’s highly-anticipated sequel has been marred with controversy in recent months surrounding the alleged anti-vaccination nature of Letitia Wright. The production also shut down briefly after Wright injured herself while filming on set, while the script from Coogler and Joe Robert Cole was reported to have changed multiple times throughout production, most likely to deal with the absence of the late actor.

Despite this, Black Panther: Wakanda Forever remains one of the most awaited Marvel film sequels and will join the likes of Doctor Strange in the Multiverse of Madness (2022), Thor: Love and Thunder (2022), Guardians of the Galaxy Vol. 3 (2023), and Ant-Man and the Wasp: Quantumania (2023) as part of Marvel Phase Four.

Black Panther: Wakanda Forever from Kevin Feige and Nate Moore is slated for release on 11 November 2022.

What do you think about Black Panther leaving the Avengers? Let us know in the comments down below!