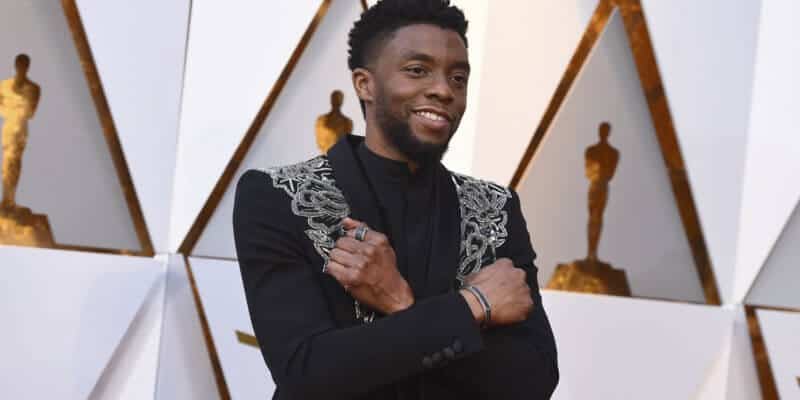 To say that Marvel lost a tremendous talent with the untimely death of Chadwick Boseman in August 2020, would be an understatement. Chadwick Boseman’s performance as the MCU’s first African American superhero T’Challa aka Black Panther broke barriers and records. Black Panther (2018) became the highest-grossing superhero film of all time in the US, raking in a jaw-dropping 1.3 billion dollars and the planned sequel Black Panther: Wakanda Forever (November 11, 2022) was set to follow in its footsteps.

However, with the loss of Chadwick Boseman, the glue that held the Black Panther franchise together, Black Panther 2 had to be completely rewritten.

Marvel has been adamant since Boseman’s death to colon cancer that he could not and would not be replaced. Rumors have surrounding the production of Marvel’s Phase Four film suggest that the mantle of the Black Panther will be passed to another character, while T’Challa’s story ends.

In an interview with The Ringer-verse Podcast MCU’s VP of Development, Nate Moore, confirmed that Marvel Studios had no plans to recast T’Challa, saying:

“I’m being quite honest, you will not see T’Challa in the MCU. […] We have to figure out how to move this franchise on without that character because I think we all feel so much of T’Challa in the MCU on the screen…is tied to Chadwick’s performance.”

Chadwick Boseman gave his final performance as T’Challa in Marvel Studios’ first animated series on Disney+, What If…?. What If…? had many actors recast for the series, which explored the new Marvel Multiverse. And it raised the question of who but T’Challa is fit the be the MCU’s Black Panther.

But someone else taking up the mantle is not enough for some fans. A petition on Change.org created by movie reviewer Emmanuel “E-Man” Noisette, asks “for the President of Marvel Studios Kevin Feige, Co-President Louis D’Esposito, and Writer/Director Ryan Coogler to reconsider their decision, and recast the role of ‘T’Challa’ in the Black Panther franchise.”

The petition was launched in April but is drawing near 40,000 signatures after Marvel refused to even consider recasting T’Challa. Fans who are using the #RecastTChalla say that T’Challa’s story is not over. They are also clear that they are not “calling for the prevention of other characters to take up the mantle of Black Panther like Shuri or anyone else. This petition is merely asking to continue the portrayal of T’Challa in the MCU.”

Who Will Become the Next Black Panther?

Some suggest that Princess Shuri (Letitia Wright) will become Black Panther in Wakanda Forever. Though Letitia Wright has been stirring controversy by sharing her ant-vaccination beliefs on social media and onset. Filming was recently halted after she was injured in a stunt gone wrong and fans have wondered if she will continue in the Marvel Cinematic Universe after this.

This has led to speculation that the leader of the Dora Milaje, Okoye (Danai Gurira) will don the vibranium suit, at least for a time. And new leaks suggest that Black Panther: Wakanda Forever will introduce T’Challa’s son who could eventually become the next Black Panther.

The recently released Black Panther Wakanda Forever trailer has reignited the debate. And now faced with the real possibility of a woman taking on the mantle of Wakanda’s protector has had some “fans” in a riot and demand to recast T’Challa have started to trend again.

Black Panther: Wakanda Forever is expected to introduce Namor the Sub-Mariner (rumored to be played by Tenoch Huerta). Namor is reportedly going to be waging war on Wakanda now that it does not have T’Challa to defend it. Namor is the King of Atlantis and has had many conflicts with Wakanda in Marvel Comics.

The sequel will be directed by Ryan Coogler. Michaela Coel will debut in the Marvel Studios in an unnamed role that some Marvel fans hoped would be Storm / Ororo Munroe, but other sources claim she is playing Madam Slay.

Let us know in the comments if you think the Marvel Cinematic Universe should recast Chadwick Boseman so that T’Challa’s story can continue.