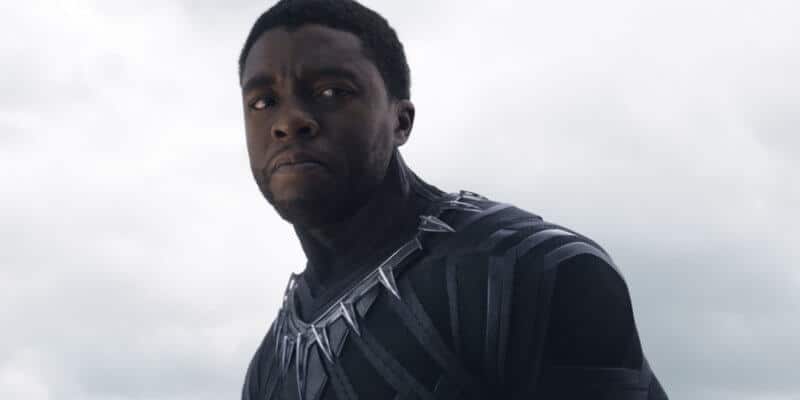 After the tragic death of Chadwick Boseman, Marvel fans have wondered what would become of the Black Panther. Marvel Studios said they would not recast T’Challa and so speculation began as to who could step up to protect Wakanda in his absence.

Theorists turned to T’Challa’s younger sister Princess Shuri (Letitia Wright) as she became Black Panther in the comics. However, recently production was halted due to Letitia Wright’s on-set injury, and she has stirred up controversy by sharing anti-vaccination misinformation on social media.

Due to Wright’s young age, rumors have speculated that Okoye (Danai Gurira) might step up in Black Panther: Wakanda Forever (November 11, 2022). And then the mantle could pass to Shuri after that. But other reports have suggested that if Shuri does become Black Panther it will only be for one movie. Which leaves the path forward for the first African American superhero in the Marvel Cinematic Universe unclear.

But a new report from Cosmic Circus, suggests that whoever becomes Black Panther next could later be replaced by a new character coming in Black Panther 2 – T’Challa’s son.

The source says that Marvel has plans to continue T’Challa’s legacy beyond Wakanda Forever through Nakia’s (Lupita Nyong’o) son with the King of Wakanda. Though it will be sometime before T’Challa’s son could step up to become the Black Panther.

Who is T’Challa’s Son?

In the world of the animated Next Avengers: Heroes of Tomorrow, T’Challa did have a son named Azari with his wife Storm / Ororo Munroe. Azaria was raised by Tony Stark/ Iron Man in a world where Ultron defeated the Avengers, and their children are left to save the day twelve years later.

T’Challa has another son in the Marvel Zombies (2006) by Robert Kirkman. He marries Lisa Hendricks after the zombie apocalypse, and they had a son named T’Channa who died and was later used as an experiment transplanting the brain of Steve Rogers/Captain America into his body. He would become Colonel America.

Neither of these characters is likely to be introduced into the Marvel Cinematic Universe as they have been used in the past. This gives Marvel Studios to create a new character like the Black Panther. And it ensures that the legacy of this character will live on if any of the other plans for who could become Wakanda’s protector fall through.

Let us know in the comments if you are excited to possibly see T’Challa’s son in Black Panther: Wakanda Forever.