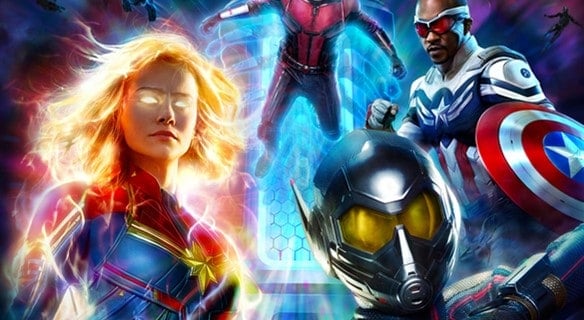 And now, Disney has revealed some major stars from the Marvel Cinematic Universe will be reprising their roles for a brand new and VERY unique Marvel experience!

From the Star Wars Hyperspace Lounge that will transport adult passengers to a galaxy far, far away to the Toy Story splash zone for little ones to the Worlds of Marvel restaurant that will delight superhero fans of all ages, the Wish is truly bringing Disney magic to life.

Set to be the fleet’s most ambitious dining experience ever, we are already counting down until we can finally dine with our favorite Marvel superheroes.

Disney Parks Blog has today revealed that fan-favorite Marvel stars will be lending their talents to this first-of-its-kind adventure aboard the Disney Wish. The Worlds of Marvel area of the cruise ship will allow Guests to be a part of a real-life Avengers mission, with Paul Rudd (Ant-Man), Evangeline Lilly (The Wasp), Anthony Mackie (Captain America), and Brie Larson (Captain Marvel) all starring in this action-packed experience.

Kerry Condon will also reprise her role as the voice of F.R.I.D.A.Y., and actor Ross Marquand will lend his villainous vocal skills to Ultron.”

“The show will follow Ant-Man and The Wasp as they host a presentation of the most powerful Super Hero technologies in the world, including a hands-on demonstration of the latest and greatest Pym Tech. But when Ultron turns up with an army of robot sentries eager to take control of this world-changing technology, Ant-Man and The Wasp will need all the help they can get to save the day – calling on Captain America, Captain Marvel and even the brave diners of the Disney Wish for back-up. Oh, and there’s one more Super Hero who will make a surprise appearance during the show. I can’t wait to share more about that at a later date.”

Disney is calling this a “cinematic dining adventure” and has designed the restaurant with immersive technology, including hundreds of screens and special effects embedded throughout.

According to Disney Parks Blog, filming with the actors has finished and they are now working on the post-production editing and effects. Handke also revealed another secret:

“Because most of the battle takes place on the upper decks of the ship, we are actually re-creating it in photo-realistic CGI while the real Disney Wish is still under construction. Pretty cool, right?”

Avengers Quantum Encounter has been three years in the making, and we at Inside the Magic cannot wait to get to adventure with these Marvel Superheroes!

Food in the cinematic restaurant will be based on various settings in the MCU, including African food from “Wakanda”, Eastern European dining from “Sokovia”, and specialties from New York City.

This isn’t the first time the Pym family has inspired a dining experience — the new Pym Test Kitchen and Pym Tasting Lab at Disney California Adventure Park’s Avengers Campus also draw inspiration from the Ant-Man (2015) and Ant-Man and the Wasp (2018) characters.

Paul Rudd and Evangeline Lilly will appear next in the upcoming Ant-Man and the Wasp: Quantumania, coming to cinemas in 2022.

The Disney Wish will officially join Disney Cruise Line’s existing fleet — the Disney Dream, the Disney Fantasy, the Disney Magic, and the Disney Wonder — when she takes her maiden voyage in June 2022.

Are you excited for this amazing restaurant experience? What do you think of the cast?