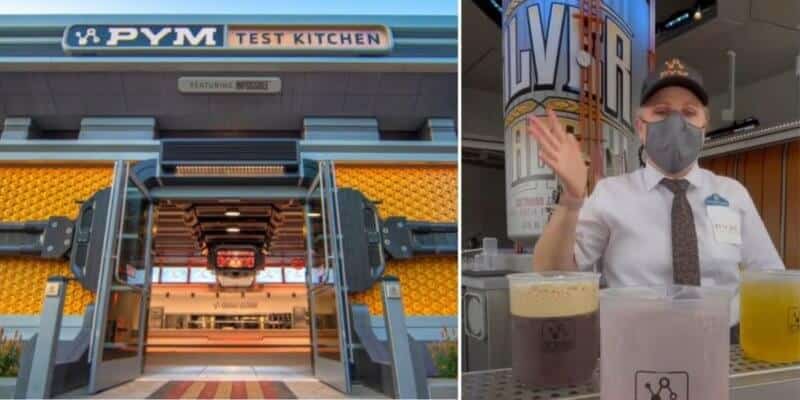 We cannot contain our excitement as we assemble for the Avengers Campus opening next week on June 4! Over the last month, Disney has done a wonderful job teasing Marvel fans with what’s in store with the new land at Disney California Adventure. So far, some of the biggest news has been that WEB SLINGERS: A Spider-Man Adventure will have a virtual queue, similar to the boarding groups that are used for Star Wars: Rise of the Resistance at Star Wars: Galaxy’s Edge.

Disney has also taken to social media to share sneak peeks of what the highly anticipated PYM Test Kitchen looks like inside!

For all you Disney foodies out there, Avengers Campus is bringing dining into a whole other dimension for breakfast, lunch, and dinner. PYM Test Kitchen will also feature a quantum-sized sandwich that could feed a village! And, for those Marvel fans who are looking for a quick super hero snack or Avengers-themed alcoholic beverage while venturing off into Avengers Campus, Disney Guests will feel ultimate powers surging from the inside while visiting PYM Tasting Lab.

Disneyland President Ken Potrock invited us to check out his favorite spot inside PYM Test Kitchen and stated  on Instagram that Guests will be immersed in a giant dining experience:

Visiting one of my favorite spots at Avengers Campus – Pym Test Kitchen! Wait until you see what Pym Technologies has in store for you. Everything is giant around here!

Previously we shared the entire Marvel menu that will be available next week, but in the meantime, check out these exterior walls around Pym Tasting Lab. It looks as though The Hulk just finished “Hulk Smashing” all around Avengers Campus. On TikTok, Disney Parks shared a behind-the-scenes look at this incredible new bar. The video features a Cast Member experimenting and concocting cocktails before the grand opening of the new land. Check out these three new beverages being made below. Disney Parks shared:

The chemistry between us and these Pym Tasting Lab cocktails is real ?#Disney #DisneyParks #Disneyland #CaliforniaAdventure #AvengersCampus #Avengers

MCU fans and Avengers, Assemble! I have a seeking suspicion that Disney will be providing us with more inside looks before the grand opening! I think it is safe to say that Marvel fans have been dying for a theme park land like this one for a very long time!

What are you excited to see before the grand opening of Avengers Campus? Let us know your thoughts in the comments below!

Planning a superhero adventure inside Avengers Campus in Disney California Adventure and need help? Check out our friends at Academy Travel!