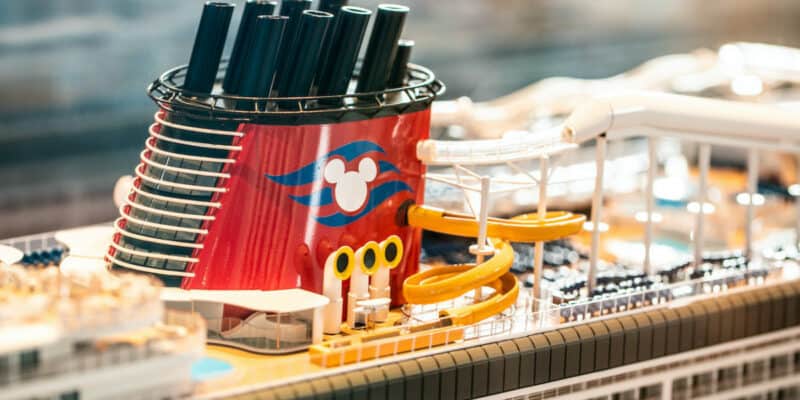 Back in April, Disney revealed its newest cruise ship, the Disney Wish, would be joining its already incredible fleet.

And now, Guests at Walt Disney World can get a sneak peek of the Disney Wish at a new exhibit dedicated to the new Disney Cruise Line ship!

The display is located in Walt Disney Presents at Disney’s Hollywood Studios. Disney has revealed new details of the exhibit and what Guests can find as they learn about Disney Cruise Line’s new “castle of the seas”:

In addition to a celebration of the fleet’s history, this one-of-a-kind gallery space features never-before-seen artifacts and photos from the making of the Disney Wish, which sets sail in summer 2022.

Some of the unique items on display include:

There are even more surprises and sneak peeks in the exhibit, but you’ll have to visit the Walt Disney Presents attraction — located in Animation Courtyard at Disney’s Hollywood Studios — to see them for yourself. Bon voyage!

The Disney Wish will be Disney’s most elegant cruise ship to date and will feature a number of brand new, one-of-a-kind experiences — including the first-ever “attraction at sea”, the Aquamouse, as well as a Frozen dining experience, and a gorgeous, enchanted forest-themed Walt Disney Theatre.

This all-new luxury liner will also have a first-of-its-kind Star Wars Hyperspace Lounge, a Toy Story splash pad just for kids, and an incredible Marvel dining experience that has Guests yearning for more information.

The Disney Wish is scheduled to set sail on its maiden voyage on June 9, 2022, from Port Canaveral. To make a booking, click here to get help from our friends at Academy Travel!

Have you booked a cruise on the Disney Wish? Let us know in the comments!