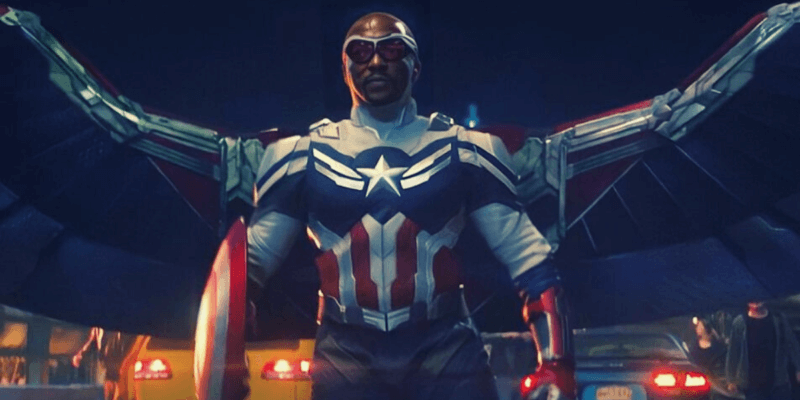 Ryan Coogler’s Black Panther 2 has had some fans worrying about the film after all the struggles the film has faced. The film had to halt production numerous times for COVID and injuries on set. The film also had to rewrite the script after Chadwick Boseman’s tragic death which delayed the movie.

These hurdles have left fans wondering who will become the new Black Panther. Many fans believe T’Challa’s sister, Shuri (Leticia Wright) will replace her brother, but fans won’t know for sure until Marvel gives some more details.

Filming has just ended a few weeks ago and fans got a surprising update about Black Panther 2 from Anthony Mackie:

Anthony Mackie says Marvel just finished filming ‘BLACK PANTHER II’ “It’s gonna be amazing. It’s gonna spectacular.” He also stated that he was on set while filming but he’s not part of the cast.

"It's gonna be amazing. It's gonna spectacular.”🔥

He also stated that he was on set while filming but he's not part of the cast👀. pic.twitter.com/5MftriRjnq

Mackie did hesitate when asked if he would be in the movie and he eventually said that he isn’t in the film but did say that the movie is “spectacular.” After months of having Andrew Garfield and Charlie Cox deny any involvement with the MCU, Marvel fans aren’t quick to accept what a Marvel actor has to say. While fans may believe that Mackie was on the set, it’s a lot harder to believe that the actor didn’t have a role in the movie.

It wouldn’t make sense for Mackie just to show up on set and hang out without having a role in the film. Most MCU actors are already busy with tight schedules or going to different Marvel sets to be involved in a cameo or post-credit scene. The actor has also recently purchased a movie studio so it leaves fans to wonder why the actor was there. This is why fans believe Mackie will be appearing in the film as a cameo or in a post-credit scene. It’s possible that the actor could have a small role in the movie, but those details would be harder to conceal.

Captain America did receive his suit from Wakanda so he does have a direct connection with the nation and if T’Challa was to die in the MCU, then it would make sense why he would go to Wakanda to help. Fans will have to wait and see how Captain America is involved in Black Panther 2, but it’s good to hear that the movie won’t be delayed again.

Black Panther: Wakanda Forever will release in theaters on November 11, 2022.

Do you think Mackie is lying and will be in Black Panther 2? Let us know what you think in the comments section below!

Phase Four has a lot of content for Marvel fans to look forward to in the Marvel Cinematic Universe. On Disney+  you can expect more episodes of Moon Knight, Ms. Marvel on June 8, and She-Hulk to debut this year. For movies, Doctor Strange In the Multiverse of Madness comes out on May 6, followed by Thor: Love and Thunder on July 8, and of course, Black Panther: Wakanda Forever on November 11.