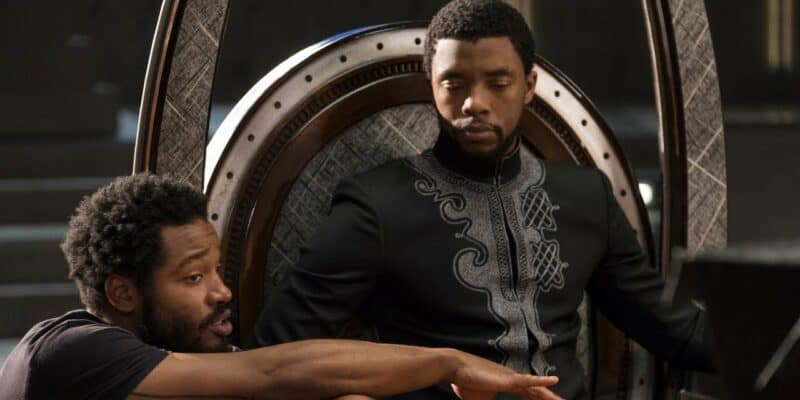 Ryan Coogler opens up about being detained by the police after asking for a withdrawal of funds from Bank of America.

Coogler has made himself into a household after the tremendous success of Creed (2015), Creed II (2018), and Black Panther (2018). Now the director is working on Black Panther: Wakanda Forever (2022) and Creed III (2022) as both films are expected to release later this year.

Back in January, Coogler was briefly detained by the police after the bank teller misinterpreted the situation as an attempted bank robbery. The teller explained that Cooger had given them a withdrawal note which read:

The 35-year-old actor was wearing a thick sweater, large sunglasses, and a protective face-covering in the bank. Due to the misinterpretation, Coogler and two of his associates were detained and placed in handcuffs. After the situation was resolved, Bank of America issued a statement to Variety apologizing to the director:

“We deeply regret that this incident occurred. It never should have happened and we have apologized to Mr. Coogler.”

Coogler most likely wanted to be discreet to avoid any paparazzi or draw attention to the amount of money he was withdrawing from the bank. The director recently shared his thoughts on what happened back in January:

“This situation should never have happened. However, Bank of America worked with me and addressed it to my satisfaction and we have moved on.”

It seems that the director has moved on from the incident and is focusing on Black Panther 2. The movie has already faced several challenges during filming as production has halted several times. Surprisingly enough, Coogler will have both Creed III and Black Panther 2 released in theaters in the same month.

The director definitely has his hands full as Coogler is making sure that the Black Panther sequel will respectfully honor Chadwick Boseman. Lupita Nyong’o shares how Coogler feels the loss of Boseman in a “very real way” which will be seen in his work on the sequel:

“But at the same time, we have a leader in Ryan, who feels very much like we do, who feels the loss in a very, very real way as well.”

Are you surprised that Ryan Coogler got mistaken for a Bank Robber? Let us know what you think in the comments section below!