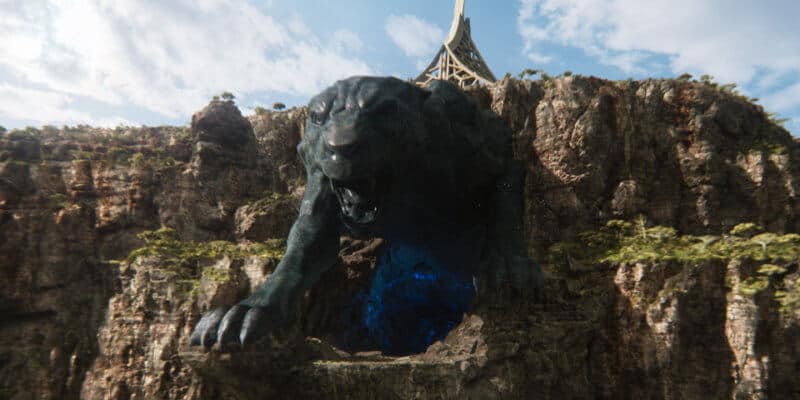 Thor: Love and Thunder (2022) reportedly will include Bast, the Wakandan god.

Related: MCU Star Is “So Nervous” to Say Anything About “Brilliant” ‘Thor 4’

Taika Watiti is directing the film and it may be Thor’s wildest adventure yet, as the movie will focus on Thor working together with his friends to stop Gorr from killing all of the gods. We already knew that the pantheon of gods in Thor 4 wouldn’t just be Norse gods, but also the Greek gods such as Russell Crowe playing Zeus, and now there are reports that the god of Wakanda, Bastet (also called Bast) will make an appearance.

One report claims that Akosia Sabet will be playing Bastet. The actress is already part of the cast as can be seen on IMDB and Showcast listing. Sabet is most known for her work on Winchester (2018) and Clickbait (2021).  Now it seems that the gods will play a large role in Thor 4 as Marvel is introducing the Egyptian pantheon of gods later this spring with Moon Knight. It would be interesting if some of the Egyptian gods also made an appearance.

Gorr the God Butcher’s background is very dark as his family dies from an illness causing the crippled alien to vow that he kill all the gods. When a meteor lands with a symbiote, Gorr interacts with the substance to then gain superpowers such as flight and superhuman strength, and the ability to create weapons and armor out of the symbiote itself. Gorr uses this to go on a crusade to kill as many gods as possible and with Marvel possibly introducing a lot of gods in this movie, it is very likely that many of them will die. We don’t know if the MCU will change Gorr’s origins, or if his power will come from the symbiote, but it will be fascinating to see where they go with the character.

Related: Every Actor & Character Confirmed For ‘Thor: Love and Thunder’

There are a lot of notable characters in Love and Thunder such as the Guardians of the Galaxy, Jane Foster, Valkyrie, the gods, and of course Gorr. Thor 4 has the potential to be the darkest movie in the Thor series with the amount of death that Gorr can cause, but also have a lot of humor since Thor: Ragnarok (2017) was praised for its comedic nature balanced alongside the deeper themes of home and identity that the movie brought.

With Bast now reportedly joining the cast, it will serve as an interesting tie-in to Wakanda — Black Panther (2018) already showed the nation losing its heart-shaped herb to Killmonger (Michael B. Jordan), so it would be hard for the people of Wakanda if their beloved god dies. This does leave the door open for whether or not we may have some characters from Black Panther make an appearance as well.

The Panther God found Shuri unworthy of the mantle due to her self-centered sense of entitlement. She was deemed arrogant and jealous of her brother’s accomplishments as the Black Panther. Shuri was dismissed to ponder her future as she would never be allowed to follow in her brother’s footsteps.

If the Marvel Cinematic Universe did adapt this for Black Panther: Wakanda Forever (2022), it would be interesting to have Shuri (Leticia Wright) either have to earn the approval from Bast to become the next Black Panther, but if Bast dies by Gorr, then this won’t happen. If the Panther god is killed, it leaves a lot of questions for how much that will affect the people of Wakanda. Bast’s death could weaken the people of Wakanda leaving them vulnerable in the eyes of the Atlanteans, who are rumored to be a part of the sequel.

Do you Bast will die in Love and Thunder? Let us know in the comments below!