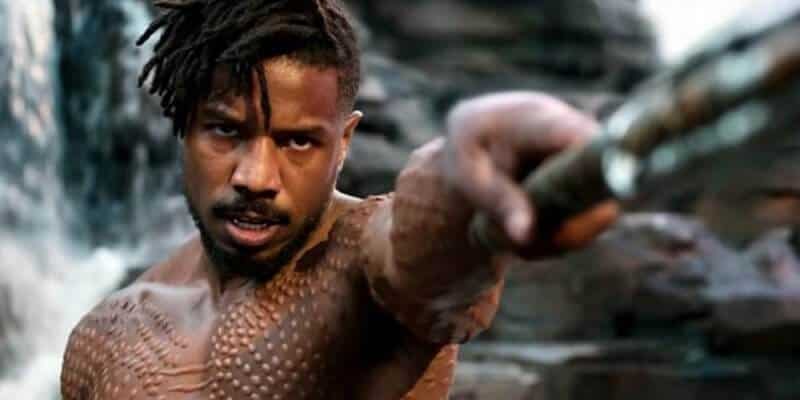 It wasn’t long ago that Inside the Magic reported on Disney and Marvel struggling with how to proceed with the already announced Marvel Cinematic Universe film Black Panther 2, following the tragic death of Chadwick Boseman.

Now, with Black Panther and Black Panther 2 on a lot of people’s minds, a new rumor suggests that Marvel is possibly developing a spin off film based on the movie’s villain — Killmonger.

Please keep in mind, like with any other rumor, there has not been any confirmation from Disney on this information. This is all speculation at this point in time.

According to the new rumor, “Marvel Studios wants to do more with the villain and one idea being discussed behind the scenes is a prequel that traces the journey of Erik Stevens from grieving young man to hardened killer. Right now, the plan is to do a movie, but given how things progress in the MCU, the project could always shift into a D+ show instead. In any case, we’re told that there’s a lot more of Killmonger to come and that can only be a good thing.”

Personally (and I know I’m not alone in this) I think Killmonger is Marvel’s best villain in the cinematic universe, and I would love to see an entire film based off of this character.

We also recently reported that Marvel apparently knew how they would move forward with Black Panther 2 following the death of Chadwick Boseman.

According to We Got This Covered, “the plan at the moment is for T’Challa to be written out of Black Panther 2 before the story starts as he’ll apparently die off-screen. Shuri will then assume the mantle and become Wakanda’s new protector on a permanent basis. Details beyond that remain unclear, but the film itself will no doubt look to pay respect to an actor that inspired a generation and convinced them that they could be heroes, and it would seem that the studio feels that making a movie capable of honoring the legacy of what Chadwick Boseman brought to the role is the most poignant tribute that they can give him.”

I’ve been trying to find the words, but nothing comes close to how I feel. I’ve been reflecting on every moment, every conversation, every laugh, every disagreement, every hug…everything. I wish we had more time. One of the last times we spoke, you said we were forever linked , and now the truth of that means more to me than ever. Since nearly the beginning of my career, starting with All My Children when I was 16 years old you paved the way for me. You showed me how to be better, honor purpose, and create legacy. And whether you’ve known it or not…I’ve been watching, learning and constantly motivated by your greatness. I wish we had more time. Everything you’ve given the world … the legends and heroes that you’ve shown us we are … will live on forever. But the thing that hurts the most is that I now understand how much of a legend and hero YOU are. Through it all, you never lost sight of what you loved most. You cared about your family , your friends, your craft, your spirit. You cared about the kids, the community, our culture and humanity. You cared about me. You are my big brother, but I never fully got a chance to tell you, or to truly give you your flowers while you were here. I wish we had more time. I'm more aware now than ever that time is short with people we love and admire. I’m gonna miss your honesty, your generosity, your sense of humor, and incredible gifts. I’ll miss the gift of sharing space with you in scenes. I’m dedicating the rest of my days to live the way you did. With grace, courage, and no regrets. “Is this your king!?” Yes . he . is!  Rest In Power Brother.

Do you want to see Marvel develop a spin off film based on Killmonger? Let us know in the comments below.