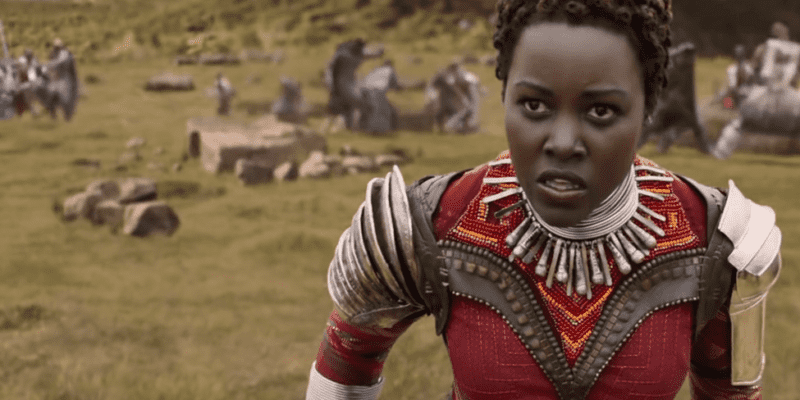 To celebrate the four-year anniversary of Black Panther (2018), Lupita Nyong’o Tweeted a picture of her with some of the cast from Black Panther: Wakanda Forever (2022).

Black Panther was very successful in the box office, but also at the Oscars — something that Spider-Man No Way Home couldn’t do — as the movie earned four Oscars. Fans loved the movie and wanted to see more of Chadwick Boseman’s T’Challa in the MCU. Sadly, Chadwick Boseman died over a year ago from cancer which has led Marvel in a tricky spot for the Black Panther sequel.

Marvel has already made it clear that they won’t recast T’Challa — even though Black Panther might be in Doctor Strange 2 — as it would be a dishonor to the legendary actor who portrayed him. This has led to fans speculating who will take the mantle of Black Panther in the sequel.

You would think that Chadwick Boseman’s death would be the only complication for the movie, but the film has been halted on numerous occasions for Covid and injuries leaving the film in a messy spot. Fans are concerned that the sequel won’t live up to the first movie as T’Challa was the heart of the film, and Marvel has shared very little of what to expect.

Lupita Nyong’o Tweeted alongside other fans to share her love for the film. Here’s what she Tweeted:

It was a sweet Tweet with Lupita Nyong’o (Nakia), Winston Duke (M’Baku), Angela Basset (Queen Ramonda), Letitia Wright (Shuri), and Danny Sapani (M’Kathu) altogether.  Yet, Danny Sapani played a small role in Black Panther as one of the tribal leaders. So why would he be with the cast for Black Panther: Wakanda Forever?

Black Panther started with T’Challa returning home to honor his father, T’Chaka, who died during the events of Captain America: Civil War (2016). The ceremony for deciding the new King of Wakanda led to M’Baku challenging T’Challa for the throne. This was a large ceremony with all of Wakanda present as everyone watched the fight and celebrated the outcome. So for M’Kathu to appear again would make sense as all Wakanda will most likely come together to grieve their lost King and then choose a new ruler for their country.

Fans shouldn’t be surprised if we get another combat by death moment in the movie as whoever chooses the throne will most likely have a contender. Yet, Bast the Black Panther goddess has been known in the comics to help in the decision-making for who will become the next Black Panther. Since the heart-shaped herbs have been destroyed by Killmonger (Michael B. Jordan), it would make sense for Wakanda to look to their god to help decide who is worthy to be Black Panther. This would allow for everyone to still be present, but not retread the same plotline again.

Let us know in the comments who you think the next Black Panther will be!