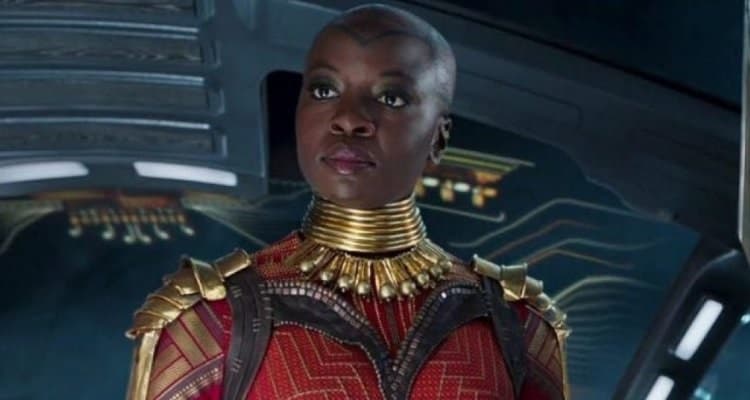 The Norwegian Film Institute (NFI) is reimbursing VFX studio, Storm Studios $430,000 for their work on Black Panther: Wakanda Forever which will release in theaters on November 11.

This is all because of NFI’s goal to incentivize studios to continue creating some of the best visual effects. KFTV shares that Kjersti Mo, NFI director said:

“The fact that a Norwegian company receives such a large VFX assignment for an American blockbuster shows that the Norwegian film industry is far ahead in terms of technology and production quality. Such an assignment can also serve as a door opener for several assignments for the Norwegian supplier industry and especially in special effects.”

It is true that Black Panther 2 would be a daunting project to handle as the CGI for Wakanda would be intensive as the entire city has to be visual effects which is a complex and tedious job. Atlantis is also rumored to be involved in the sequel which is another location that would have almost 100% need for CGI and having Storm Studios be able to handle doing both of the locations for Marvel Studios while other visual effects studios do the CGI for Doctor Strange in the Multiverse of Madness (2022) which will be another CGI heavy film and Thor: Love and Thunder (2022) leave Marvel to have some breathing room. Of course, we don’t know what exactly Storm Studios is tasked with handling, but the fact that other studios are able to take on the work allows not only more diversity in amazing sequences but a good chance to see more unique spectacles. Mo continues by sharing how their studios are in demand:

The amount of applicants shows that Norway is an attractive recording country with great recording locations, skilled film people and good infrastructure. This provides value creation and jobs throughout the country, and contributes to knowledge building and experience lifting in the industry.

The director for the NFI continues on by explaining the thought process for giving reimbursements to Studios that work on large projects such as working on the Black Panther sequel:

The amount of applicants and the amounts they apply for is higher than what we have the means to offer a refund framework for. We relate to the annual allocation and grant authorisation set out through the Storting’s decision on the national budget, but hope that the scheme will be strengthened in the years ahead. The Norwegian Film Institute wants the size of available funds to be predictable and large enough for all qualified applicants to be offered a reimbursement framework.

It is an interesting process, and it encourages studios in Norway to work harder and increase their talent which isn’t so bad for Marvel as the Marvel Cinematic Universe is starting to become bolder with more CGI heavy stories with magic users, aliens, and demon-slaying heroes and villains have joined the fold. Marvel is full of wacky futuristic and fantastical elements so it is good to hear that even if Marvel pushes forward with a lot of movies being made in a year, the film industry is responding to that talent as Norway is of course a fraction of that talent, but any improvement does go a long way.

What we know about Black Panther: Wakanda Forever

Related: Why the MCU’s New ‘Aquaman’ Won’t Join the ‘Avengers‘

Production for the film has been halted several times with the latest reason related to Covid, but will start back up soon.

Details for the sequel are sparse, but there have been reports of Namor being the antagonist of the film as his home, Atlantis will most likely go to war with Wakanda, causing the two technologically advanced societies to engage in a war centuries in the making as both Atlanteans and Wakandans have a deep distrust for each other.

Are you looking forward to Black Panther: Wakanda Forever? Let us know in the comments below!

Phase Four of the MCU  has a lot to offer as you can watch  Moon Knight on March 30, Ms. Marvel in Summer 2022, and She-Hulkto debut this year On Disney+. For movies, Doctor Strange In the Multiverse of Madness comes out on May 6, followed by Thor: Love and Thunder on July 8, and of course, Black Panther: Wakanda Forever on November 11.