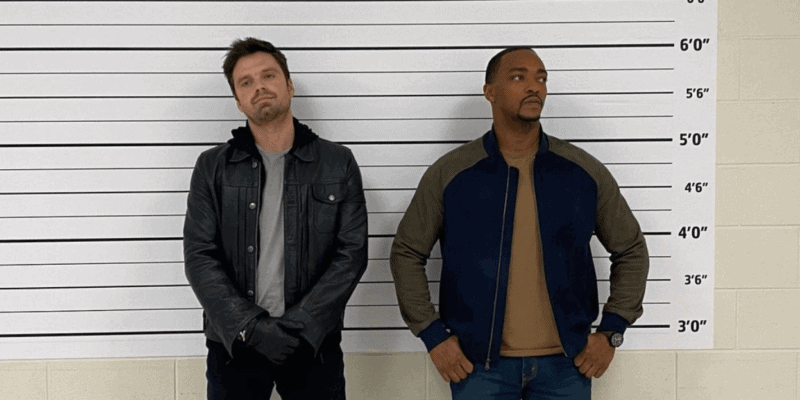 Since Marvel fans first saw Anthony Mackie (Sam Wilson/Falcon) and Sebastian Stan (Bucky Barnes/Winter Soldier) properly team up in Captain America: Civil War (2016), they haven’t been able to get enough of the duo.

What what was seemingly their final scene together with Steve Rogers (Chris Evans) in Avengers: Endgame (2019) occurred, the fan community clamored for more of the unlikely partnership between the flamboyant Sam and stoic Bucky.

Then, in early 2021, Marvel Studios President Kevin Feige and his team delivered in the form of six-episode series, The Falcon and the Winter Soldier.

The season finale,”One World, One People,” wrapped up many loose ends, but did leave things open for a second season, though nothing has been confirmed by Feige or his executives.

Ultimately, the final episode revealed that the theory fans all suspected — that Sharon Carter (Emily VanCamp) was, in fact, the Power Broker — was correct. Following a shootout with Batroc (Georges St. Pierre), Carter killed Morgenthau. What followed was a poignant scene between Wilson and the young girl, who may not have been on such different sides after all.

Eventually, the episode came to a climax when Wilson — the REAL new Captain America — gave a goose bump-inducing monologue, beseeching members of the Global Repatriation Council (GRC) to “do better” for people around the globe following the Blip.

Now, Marvel Cinematic Universe fans are chomping at the bit for details about Stan and Mackie’s next project together, which will presumably come in the form of Malcolm Spellman’s Captain America 4.

Stan, however, recently said that the “bromance” between the two has cooled, noting they haven’t actually spoken since the end of last year. He joked:

“Oh no, Anthony first of all hasn’t returned a text of mine since November of 2021, so. We’re taking a break. I sent a picture of my Christmas tree and I got nothing in return.”

Stan went on to praise his MCU costar, noting how “lucky” the actors are to be able to do what they do:

“You have to understand, I love him. That’s the real problem. I love him. I actually miss him… he’s like the best guy to always remind you of, you know, just how fleeting everything is, and how fun it should be. Also, while it has to be all these other things… we’re lucky to be able to do this.”

At this time, no details about Captain America 4 have been confirmed.

What do you think about Stan’s recent comments?