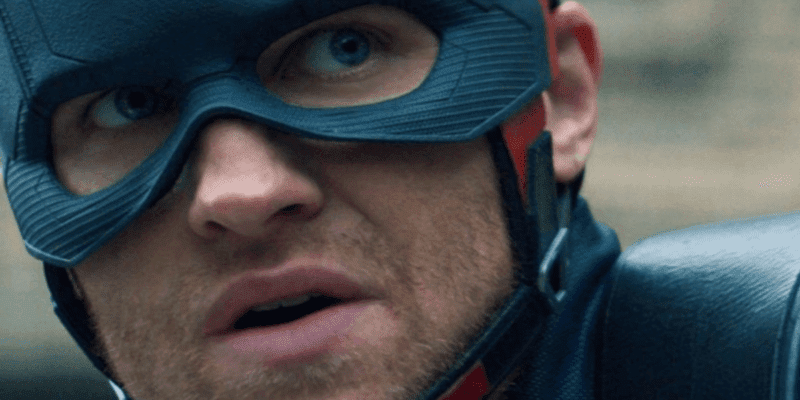 Wyatt Russell turned in a memorable performance in The Falcon and The Winter Soldier as John Walker, the MCU’s replacement for Steve Rogers (Chris Evans). Wyatt Russell’s portrayal of John Walker — the new Captain America for much of the series — has polarized Marvel fans, but the character’s transformation from the new Captain America to U.S. Agent was certainly compelling enough to hook audiences through the first season’s six-episode run.

In a new interview, though, actor Wyatt Russell says his complicated relationship with Marvel Cinematic Universe fans may be coming to an end.

“Marvel operates in a really cool way where they don’t make decisions before they see what works. I’m not a part of any of this decision making, obviously.”

With the The Falcon and The Winter Soldier finale seemingly setting up a counter Avengers super team like the Thunderbolts or Dark Avengers, is it possible that Marvel Studios would sideline Russell? Ultimately, Russell says, it’s up to the fans to decide. Speaking of the John Walker / Captain America / U.S. Agent story arc, Russell hoped Marvel Comics fans have come around to understanding the character a bit more, stating:

“Hopefully you were taken from someone who you really are set up to despise down the journey of understanding where he came from. Whether or not you like it or agree with it, you’re going to understand why he’s doing it.”

With so many story threads left dangling following the Falcon and Winter Soldier finale — or should I say Captain America and Winter Soldier? — it seems unlikely that Marvel would drop John Walker’s storyline from the Marvel Cinematic Universe.

With the exciting introduction of Julia Louis-Dreyfus into the MCU as Contessa Valentina, and John Walker as U.S. Agent so intertwined with the fan-favorite reveal, it would appear to be difficult for the MCU to move on from Russell. Russell isn’t taking anything for granted, however, telling Vanity Fair:

“Part of the way I approached Marvel was it’s all your last time you’re going to do it.”

Despite Russell’s modest approach to John Walker, it’s a safe bet that we’ll see more of his storyline in the MCU. With Sam Wilson (Anthony Mackie) shedding his Falcon moniker, and officially continuing the Captain America film franchise in Captain America 4, and Bucky Barnes actor Sebastian Stan committed to Kevin Feige for the long haul, it appears there’s a lot more story to be told in the Disney+ series.

Some Marvel fans argue that the promising first run of Falcon and Winter Soldier was tarnished by a less-than-perfect finale. That said, there’s no doubt that the latest chapter of the Bucky Barnes and Sam Wilson story gave audiences a lot to like. The aforementioned Julia Louis-Dreyfus introduction, John Walker’s continuing story, as well as the reveal of Sharon Carter as the Power Broker have planted seeds that the Marvel Cinematic Universe can grow for years to come.

Do you want more Wyatt Russell as U.S. Agent in the MCU? Let us know in the comments!

Comments Off on Will U.S. Agent Return to MCU? Wyatt Russell Says Maybe Not