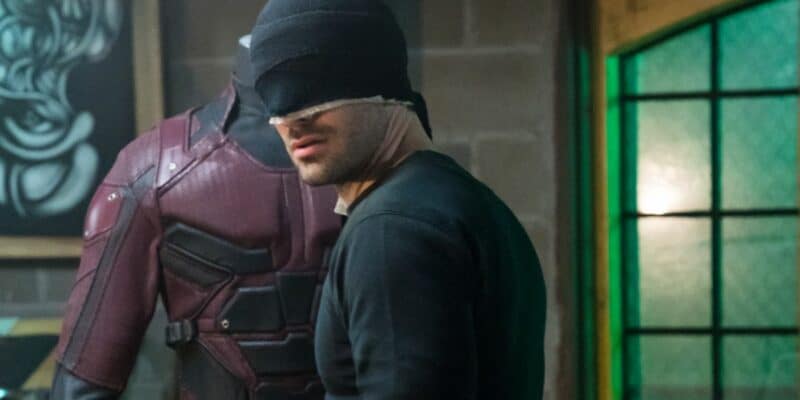 Charlie Cox hopes his Daredevil suit in the MCU gets a major upgrade.

Cox’s Matt Murdock/Daredevil is in a unique position as we don’t know how much the character will change from his previous Netflix series. Fans are starting to believe that not much will change about the character as Disney+ will soon have all the Netflix Marvel shows. If Disney didn’t want the stories to be canon, then why would Disney bring these shows onto their streaming platform?

It’s a big deal for Disney+ as they have to change and update their parental controls to have the shows released on Disney+. One of the big reasons Disney wants the shows on their streaming platforms is that the shows are still very popular and viewership for Daredevil skyrocketed after his brief cameo in Spider-Man No Way Home (2021).

Daredevil’s future in the MCU is bright and Cox admits that he hopes to play the character until he is considered too old to play the role. The actor says he doesn’t know what plans Marvel has for his character at the moment, but reports say that Murdock will appear in She-Hulk which will come out later this year. Since Tatiana Maslany’s Jennifer Walters is a lawyer, this makes perfect sense for Murdock to appear.

During an interview discussing his latest show, Kin, Cox shared what he envisioned for his character’s look in the MCU:

“I know enough to know to not speculate on something like this because as soon as you say it, it somehow becomes a thing. This is what Charlie Cox wants to see and I don’t want to put that in the mind’s eye of the fans or even the creators, so I’m not going to answer that question purely because if it doesn’t become a new story, if there is some new suit or if it does morph for change or it’s rethought or whatever, it will be so much more fun for the fans to just have that moment of like, oh shit, that what it. You know what I mean?”

Cox wants Daredevil to get a new suit as a way to signal a pivotal point in “Matt’s journey:”

The actor continues by saying he hopes fans get to “witness that evolution” in the MCU:

“And one day down the line, I like the idea that he just makes that decision; we get to witness that evolution on screen. That’s just a little idea that I’ve had that I thought would be quite cool.”

Daredevil is likely to get a new costume in the Marvel Cinematic Universe — though this has not been confirmed — but the suit may not have as much meaning as Daredevil’s other suits have had. It’s possible since both costumes Daredevil has worn in the Netflix series have a deep meaning to the character. Season 3 of Daredevil is Matt Murdock believing he doesn’t deserve to be in the red Daredevil suit. So far, Daredevil’s suits have had a deep meaning for the character.

When Daredevil does show up again, fans will hopefully get to see this character’s evolution on screen. Rumors that Daredevil might sport his classic yellow and red suit in She-Hulk have been circulating leaving fans to wonder if the suit will be a permanent look for the character.

If Daredevil does end up with the yellow suit, let’s hope they add the “DD” to the suit. Hopefully, it won’t be too long before the fan-favorite character makes another appearance in the Marvel Cinematic Universe.

What do you want Daredevil’s suit to look like? Would you want to see him in his classic yellow suit? Let us know what you think in the comments section below!
On Disney+  you can expect Moon Knight on March 30, Ms. Marvel in Summer 2022, and She-Hulk to debut this year. For movies, Doctor Strange In the Multiverse of Madness comes out on May 6, followed by Thor: Love and Thunder on July 8, and Black Panther: Wakanda Forever on November 11.