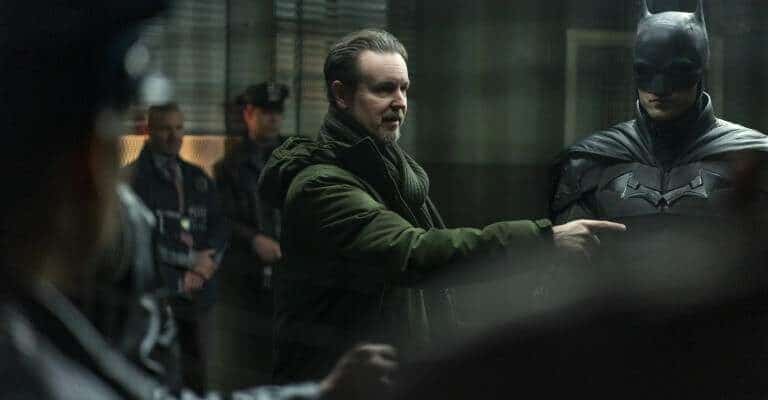 The Batman (2022) comes out in just a few days and fans are excited to see a new iteration of the Dark Knight. During a recent interview with Variety, Matt Reeves explained why he wouldn’t work on an MCU movie.

Robert Pattinson stars as Bruce Wayne/Batman in the upcoming film as it will explore a darker version of Gotham City with Paul Dano starring as the Riddler, one of Batman’s iconic villains. Instead of being a typical superhero movie, Reeves wanted to explore Batman’s investigative skills as Reeves wanted fans to see why the Dark Knight is called the world’s greatest detective.

Reeves admits that he has a lot of respect for Kevin Feige and Marvel Studios for what they do, but the director doesn’t want to be involved in something like the Marvel Cinematic Universe:

“I have such respect for Kevin Feige and also for the [Marvel] filmmakers… but to be honest with you, I just don’t know how I would make my way through that. There has to be some level of discovery for me, where I have some freedom to find my way. If I have to come into something that’s already set too firmly, then I think I would get lost. And I don’t think they would be happy with me either.”

The director claimed that if you want your movie to be successful in the movie industry it has to be a “recognizable IP:”

“The industry has changed so dramatically that if you’re going to make a movie that’s going to be in movie theaters, you’re not making anything that isn’t recognizable IP… that’s just where the audience has gone. I’m not saying that I’m happy about that. I’m just saying it is what it is.”

When it came to Reeves’ directing, Pattinson shared what the director’s style looked like:

“He’s very methodical… does a lot of takes. As first, you obviously think you’re doing something wrong. But once you realize his rhythm, he’s editing the entire movie, every single take. He doesn’t really do an enormous amount of coverage. Very specific angles, but a lot of takes.”

Reeves may not be in the majority when it comes to believing that fans only go to the theaters to watch recognizable IPs. James Gunn has proven this isn’t the case with Guardians of the Galaxy Vol. 1 (2014) as nobody really knew who they were until they were introduced into the MCU. Gunn has made Peacemaker, a minor antihero in the DC comics into a well-known character with his latest show, Peacemaker on HBO Max.

These aren’t the only unknown superheroes that have made it into the MCU. Marvel is bringing America Chavez (Xochitl Gomez) and Oscar Isaac’s Moon Knight into the MCU and they aren’t very well-known characters in the Marvel Universe. Last year, Marvel also introduced the Eternals and Simu Liu’s Shang Chi which many fans appreciated — maybe not Eternals (2019) as it didn’t do very well at the box office.

Sure, popular characters like Spider-Man will have enormous success at the box office and so will Batman and Captain America, but it seems that Marvel Studios isn’t playing it safe with their characters. DC doesn’t seem to be playing it safe either as they are releasing Black Adam (2022) starring Dwayne Johnson and the film will introduce the Justice Society of America and a lot of superheroes and villains from DC.

Whether or not Reeves is right, fans are still excited for Batman’s future after not seeing much of the character since Ben Affleck’s role in the Snyder-Verse.

More on The Batman

Here’s an official synopsis of the film:

When a killer targets Gotham’s elite with a series of sadistic machinations, a trail of cryptic clues sends the World’s Greatest Detective on an investigation into the underworld, where he encounters such characters as Selina Kyle/aka Catwoman (Zoë Kravitz), Oswald Cobblepot/aka the Penguin (Colin Farrell), Carmine Falcone (John Turturro), and Edward Nashton/aka the Riddler (Paul Dano). As the evidence begins to lead closer to home and the scale of the perpetrator’s plans becomes clear, Batman must forge new relationships, unmask the culprit, and bring justice to the abuse of power and corruption that has long plagued Gotham City.

Are you going to watch The Batman? Do you think Reeves is right? Let us know what you think in the comments section below!