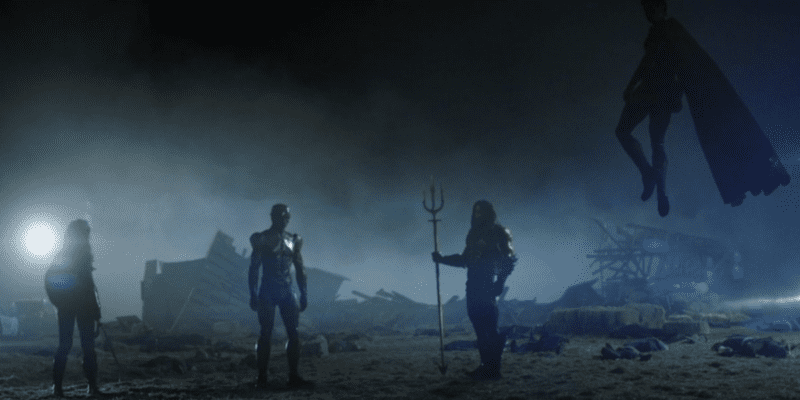 Peacemaker is one of the most popular streaming series of 2022, and virtually every DC has praised James Gunn for his work. But that Justice League cameo in Peacemaker’s finale caused some controversies, and even John Cena has something to say about it.

The superhero world is on fire after James Gunn’s Peacemaker finale showcased some friendly banter between the Justice League fans took too seriously.

In the video above, fans immediately noticed the bizarre absence of Batman (Ben Affleck) and Cyborg (Ray Fisher) — two of the integral characters from Zack Snyder’s Justice League (2021).

Following a toxic social media war between fans, star John Cena has finally broken his silence on the controversial subject:

“It was incredible for many reasons. I think the most important thing is what all the participants did for our show. Peacemaker is a jealous superhero. Well, I don’t know if he’s even a superhero, but he’s jealous. He’s jealous of the other superheroes because of what they have. And he wants that and he doesn’t have it. So he has to bad mouth everybody… Calling The Flash a d-bag, weaving his jokes about Aquaman in there, and talking about Wonder Woman’s desire for him. Everything he says is just indicative of how insecure he is. He wants to be where they are.”

“And then Ezra I just found out through some common friends liked my movies a lot. And so I asked if he would come in and shoot this scene, and he kindly agreed to do that. Actually, Marvel shot [Ezra] for us, while we’re shooting “Guardians Vol. 3.”

Nonetheless, with the absence of Gal Gadot (Wonder Woman) and Henry Cavill (Superman), DC fans were quick to point out that the “retcon” of Zack Snyder’s DCEU was imminent, especially with Ray Fisher’s Cyborg being sidelined and Ben Affleck’s “Batfleck” being saved for The Flash (2022).

Nonetheless, John Cena couldn’t help but have the time of his life-giving Aquaman (Jason Mamoa) a hard time, claiming the half-man, half-fish had a love affair with a sea creature. To which Barry Allen/Flash agreed.

There’s no apparent reason why Ray Fisher would not have been included in this epic lineup, even if it were just the silhouette of his superhero.

Peacemaker marks the second time since Shazam! (2019) that Henry Cavill’s likeness was used in a DC movie without The Witcher actor actually being there to film.

After recovering from the injuries he suffered during the events of The Suicide Squad (2021), Christopher Smith / Peacemaker is forced to join the mysterious ARGUS black ops squad “Project Butterfly.” They are on a mission to identify and eliminate parasitic butterfly-like creatures in human form in the United States and around the world.

Do you think this inclusion of the Justice League in Peacemaker was terrible? Let us know in the comments below!