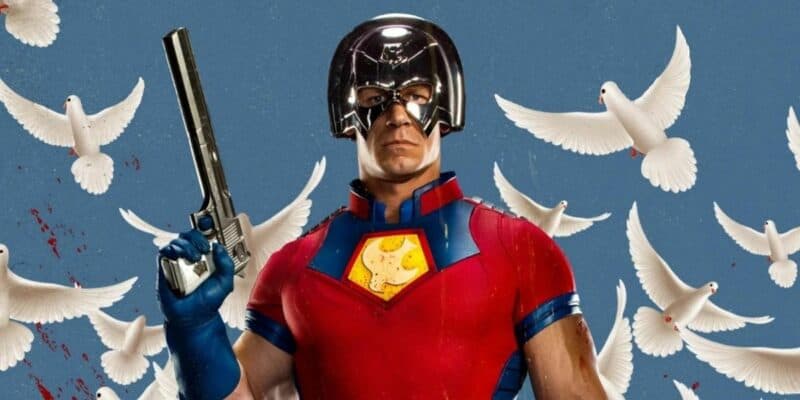 The Marvel Cinematic Universe constantly expands with the Multiverse, introducing a slew of new characters and big Hollywood names into the Marvel collection with every movie or Disney+ series. Despite his fame and superhero chops, John Cena just revealed that he was “rejected” by Marvel for multiple projects, including Deadpool 2 (2018).

WWE superstar and Hollywood’s #1 guy John Cena made his comic book movie debut in James Gunn’s The Suicide Squad (2021) as a fan-favorite, America-loving anti-hero Chris Smith/Peacemaker. Funny enough, Peacemaker is a caricature of basically every superhero in existence, but the role was Cena’s big breakthrough into this exploding genre.

Now with his own Peacemaker streaming series, John Cena revealed to Josh Horowitz on The Happy Sad Confused podcast that he was “rejected” by Marvel and DC for various roles:

Cena later revealed that he was turned down by Marvel for the role of Cable in Deadpool 2, who Marvel alum Josh Brolin took over as he was terrorizing the MCU as Thanos.

Marvel does not have a thing against WWE Wrestlers joining their super hero family, considering that fan-favorite Dave Bautista playing Drax the Destroyer, loveable Guardian of the Galaxy alongside Chris Pratt (Starlord) and Zoe Saldana (Gamora).

By not giving up, John Cena now stars as the absurd, yet effective, deadeye mastermind Peacemaker in an original series. Just debuting on HBO Max, Peacemaker currently sits at an 8.3 rating on IMDb and is receiving massive rave from fans!

Here’s a synopsis of the series Peacemaker:

Peacemaker is an American superhero streaming television series created by James Gunn for the streaming service HBO Max, based on the DC Comics character Peacemaker. It is the first DC Extended Universe (DCEU) television series, a spin-off from the 2021 film The Suicide Squad. Set after the film, the series explores the origins of Peacemaker who believes in achieving peace at any cost.

The superhero future of John Cena is bright with reported Peacemaker and The Suicide Squad rematches coming soon. Though many Marvel fans think he’d make a great Thing from the Fantastic Four, it seems that Cena will stay with DC for the long run.

Do you want John Cena to appear in a Marvel movie? Let us know in the comments below?