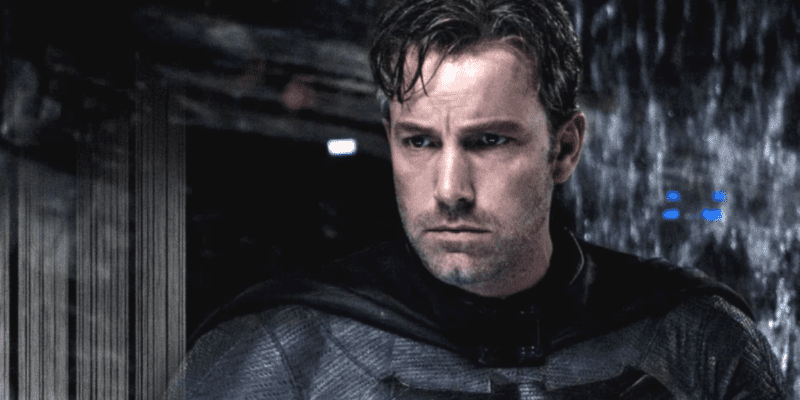 The Marvel Collection is expanding with the Multiverse. Still, every Marvel fan hasn’t scratched the surface of future Marvel characters until Doctor Strange in the Multiverse of Madness (2022) debuts this year. Going back into production for reshoots, Marvel Studios has reportedly reached out to Ben Affleck for a future Marvel appearance.

Related:Fans Get Their Wish, Oscars Reportedly Reach Out to Tom Holland

2021 was a tumultuous year for actor Ben Affleck. Though the infamous Zack Snyder’s Justice League debuted to massive critical and fan praise, the actor was still under the spotlight for Warner Bros. mistreatment of future “Batfleck” films. DC fans want Ben Affleck to jump ship to the Marvel Cinematic Universe and continue his superhero journey in a turning tide of emotions.

This dream may become a reality:

Marvel reportedly reached out to Ben Affleck to cameo as #Daredevil in #DoctorStrange2. But it’s unclear whether or not the actor is interested in returning.

Marvel reportedly reached out to Ben Affleck to cameo as #Daredevil in #DoctorStrange2. But it's unclear whether or not the actor is interested in returning. (Via: @Manabyte) pic.twitter.com/8TcpQwWVSE

Binge Watch reported that Marvel Studios supposedly “reached out” to Ben Affleck for a Daredevil cameo in the upcoming Doctor Strange in the Multiverse of Madness Marvel movie.

While actor Charlie Cox is the Daredevil actor that fans know and love, Ben Affleck was the first live-action Matt Murdock in Marvel Entertainment’s Daredevil (2003), the company’s earliest attempts at making a superhero movie.

The film starred Marvel alum, Jon Favreau as Foggy Nelson. At this time, Favreau approached Marvel with an idea about an interconnected movie universe that later grew into the MCU.

Taking this information with a grain of salt, Doctor Strange in the Multiverse of Madness is reportedly undergoing reshoots to include actors and infamous Marvel characters’ cameos unavailable for principal photography before.

These reported reshoots are so rigorous and extensive that actor Benedict Cumberbatch revealed he’s working six days a week to keep up with the Sam Raimi work.

Interestingly enough, Ben Affleck just revealed that the future of Hollywood is all about Marvel, feeling that the MCU will have “40″ films out every year with young movie-goers dominating the cinemas.

“If I had to bet, a drama like Argo would not be made theatrically now. That wasn’t that long ago. It would be a limited series. I think movies in theaters are going to become more expensive, event-ized. They’re mostly going to be for younger people, and mostly about ‘Hey, I’m so into the Marvel Universe, I can’t wait to see what happens next.’ And there’ll be 40 movies a year theatrically, probably, all IP, sequel, animated.”

While there are no reports from Marvel Studios directly if Ben Affleck were to appear in this Doctor Strange sequel, his Marvel character would be a variant of Daredevil, a term coined in Loki.

Having recently been burned by the box office failure of The Last Duel (2021), which saw Affleck reunited with Good Will Hunting (1997) star Matt Damon and featured Star Wars alum Adam Driver, Ben Affleck reportedly wants to stay away from “IP” movies for good.

All in all, take the above statement with a grain of salt, but Marvel is more than capable of pulling of Ben Affleck’s jump into the MCU as another Daredevil!

Ben Affleck appears in six upcoming movies, including The Flash (2022), which will be the last time every DC fan sees Affleck’s version of the Batman hero amid controversy that the “DCEU is Dead.”

Related:Actor Convinced “Nobody,” Not Even Thanos, Can Beat the MCU’s New Villain

Who do you think will be featured in Doctor Strange In the Multiverse of Madness?