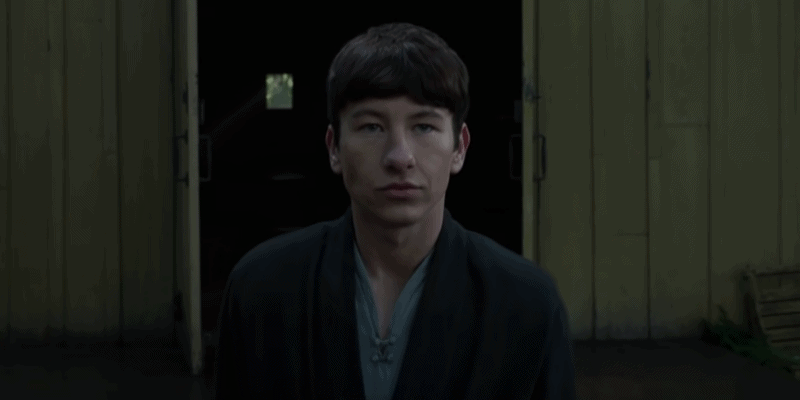 DC Comic fans are eager to see Matt Reeve’s The Batman (2022) which is set to release on March 4, 2022. Reports that Barry Keoghan — Druig in Marvel’s Eternals (2021) — will make a cameo as a brand new version of the Joker have been running rampant

Robert Pattinson’s Batman/Bruce Wayne might be the darkest iteration of the Dark Knight as the movie is set to be more gritty and portray a more brutal Batman.

The vigilante’s anger has been left unchecked leaving criminals to fear him. The movie will focus on a younger version of Batman who has been fighting crime for over a year. A number of familiar characters will appear, including Selina Kyle/Catwoman (Zoë Kravitz), Penguin (Colin Farrell), Jim Gordon (Jeffrey Wright), Alfred (Andy Serkis), and the main antagonist for the film, the Riddler (Paul Dano).

Joaquin Phoenix portrayed a different iteration of the character in Todd Phillip’s Joker (2019) which got the actor an Oscar for his performance. DC has its own version of the MCU called the DCEU (DC Extended Universe)  with several spin-off projects such as Joker and The Batman set in their own respective universes. This has been confusing for fans to understand what is part of the DC universe and what isn’t.

Rumors regarding who, exactly, Keoghan will play in The Batman have been circulating for months, as many reports indicated his character would be locked up in Arkham Asylum. Bat Source Tweeted a casting list for the anticipated film, noting:

Fans were also quick to note that Colin Farrell’s prosthetic designer, Mike Marino, also worked on Keoghan’s “Unseen Arkham Prisoner.” Colin Farrell played as the Penguin and had a lot of prosthetics for his role leaving us to wonder how different Barry Keoghan will look.

Nothing is for certain if the actor will actually play the Joker, but knowing that The Batman will be the beginning of a new era for the hero — with potentially more films to come — it only makes sense that Batman’s most iconic villain will return to the big screen. With all the secrecy that has been involved around Keoghan’s character, it would make sense for him to be the Clown Prince of Crime because fans wouldn’t go crazy if he was portraying a lesser villain like Calendar Man (please don’t do this DC).

If Keoghan does indeed star as the Joker, this leaves us to wonder how much he will appear in the Marvel Cinematic Universe as the Eternals actor might want to focus on other films. It’s hard to say how much of a role, Druig will play in the MCU, but time will tell if his time in DC will affect his involvement with Marvel.

The MCU is just beginning to add more superhero teams into the Marvel universe because, now, the Avengers need all the help they can get. It is only a matter of time before we see the Young Avengers, Illuminati, Defenders, Midnight Sons, X-Men, Fantastic Four, and the Thunderbolts enter the Marvel Cinematic Universe.

Do you think Barry Keoghan will appear as the Joker? Let us know in the comments below!

There are many things to look forward to in the Marvel Cinematic Universe as you can expect Moon Knight on March 30, Ms. Marvel in Summer 2022, and She-Hulk to debut this year. For movies, Doctor Strange In the Multiverse of Madness comes out on May 6, followed by Thor: Love and Thunder on July 8, and Black Panther: Wakanda Forever on November 11 all on Disney+.