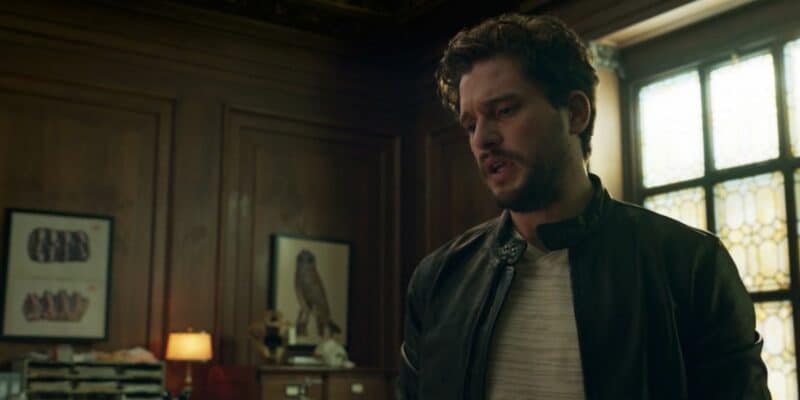 Game of Thrones alum, Kit Harrington, admits he doesn’t know if Marvel wants him to return to the MCU.

Kit Harrington starred as Dane Whitman in the Eternals (2021). His character was introduced as Sersi’s (Gemma Chan) boyfriend and was later revealed to be the Black Knight. At the end of the movie, Dane Whitman was contemplating whether or not to touch the Ebony Blade, a sword that has caused members of his family to go insane. Right before Dane Whitman touched the blade, Blade actor Mahershala Ali asked him if he was ready. This is where Marvel has left the character as there are no known Marvel projects including Whitman.

When asked on  The Zoe Ball Breakfast Show if he would appear in any Marvel projects soon, Harrington responded that he really didn’t know:

“No, not that I know of. It sounds like a very political answer. It’s exciting for me. The last film, as anyone who all have seen, it kind of sets an idea up that I might go further, so I’m hoping. But I think whenever you’re answering questions about these things, people point at you and say ‘liar’ as if you know more than other people, I have no idea. I genuinely don’t. I’m waiting for a call on it at some point.”

The only possible connection Dane Whitman would have with the MCU would be to appear in Blade or in a sequel for Eternals. Both of those projects are far out as Blade will release in Phase Four of the Marvel Cinematic Universe, but there is no set release date for the movie. If Dane Whitman appears in Blade, it most likely will be a small role as Blade will most likely serve as the vampire hunter’s origin story. This will leave little room for Dane Whitman to transform into the Black Knight in the movie leaving the character to most likely be involved in a Marvel project in Phase Five.

A sequel for the Eternals hasn’t been confirmed, but will most likely happen and it will be very unlikely that Dane Whitman will have a role in the film. Most of the Eternals are either with Arishem or with Harry Styles’ Star Fox/Eros looking for other Eternals. The only rational way for Whitman to appear would be if the Eternals return to Earth after their adventure and then see Dane Whitman.

Do you think Dane Whitman will appear in Blade? Let us know in the comments below!