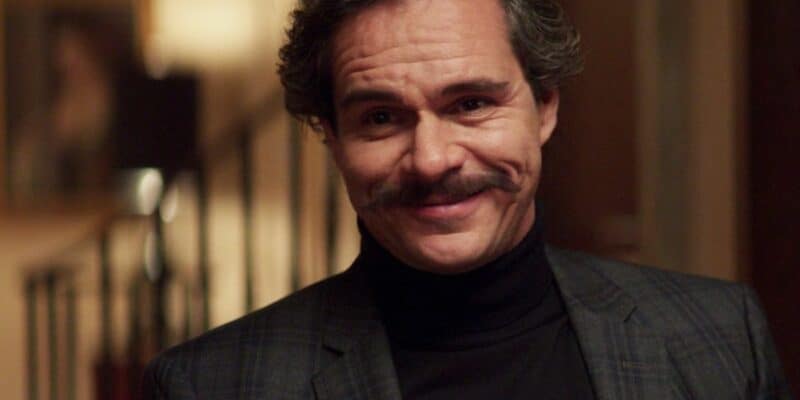 Disney+ released Marvel Studios Assembled: The Making of Hawkeye, which revealed that Jack Duquesne (Tony Dalton) could return to the MCU as the villain, Swordsman.

Duquesne was seen as the possible villain for the show due to the mystery around the character. Suspicion for the character grew as he is, in fact, Swordsman, in Marvel Comics. Furthermore, his uncle, Armand, died by a sword in the series, leading to rampant speculation.

Later on, it is revealed that Kate Bishop’s mother, Eleanor Bishop (Vera Farmiga) is the actual MCU antagonist after she has Duquesne arrested.

This doesn’t stop Jack from coming to the Rockefeller center when the Tracksuit Mafia was attacking Kate Bishop (Hailee Steinfeld) and Clint Barton/Hawkeye (Jeremy Renner) while they were helping people escape. It was here that Jack was able to show off his swordsmanship against the mafia, stabbing and parrying with a grin on his face.

Marvel Studios Assembled: The Making of Hawkeye confirmed that Marvel Studios wanted Jack to be a “red herring” for the series. Trinh Tran, the Executive Producer of Hawkeye, wanted to bring this character into the MCU with a new twist. She explained that Jack’s origins are as Hawkeye’s mentor and was the one who trained the hero in archery.

This new twist allows the character to potentially return later in the MCU as a villain. Tran shared how she would like to see Swordsman incorporated into Kevin Feige’s Marvel Cinematic Universe:

“And we wanted to leave his character at the end as a mystery. And that will actually allow a lot more opportunities down the line if we want to explore Swordsman in the MCU.”

Jack could very easily return as a villain and potentially be an enemy for Kate Bishop as she has taken over as the new Hawkeye for the MCU. Sometimes, the Marvel Cinematic Universe can wait several years before bringing a character back such as the Abomination (Tim Roth) who didn’t appear in the MCU for ten years. If Jack eventually returns, it is unlikely he will have to wait a decade, but now that the MCU is quite large, it is possible he could appear in another Marvel project down the line without any connection to Kate Bishop.

If you want to see the behind-the-scenes for Hawkeye and hear the producers, directors, and actors share their experience with the latest MCU show, you can stream it anytime on Disney+.

Do you think Swordsman will return to the MCU? Let us know in the comments below!