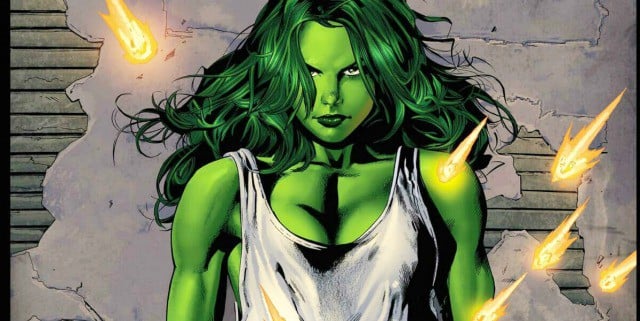 She-Hulk director Kat Coiro believes the new MCU show will be funnier than most people expect.

The upcoming Disney+ Original series, She-Hulk, is set to star Tatiana Maslany (Jennifer Walters/She-Hulk) as her character is mentored by Mark Ruffalo (Bruce Banner/Hulk). The new addition to the MCU has only just gained her abilities and needs Banner’s help to navigate them

Fans were also excited when Marvel Studios President Kevin Feige announced during the 2020 Disney Investor Day event that Tim Roth would be returning to the Marvel Cinematic Universe as the Abomination int he upcoming series.

During an interview, Coiro shared how She-Hulk drew her in based on the character, rather than the genre:

“I never choose a project based on genre. And I actually don’t think very much about genre, I think about character. And I think about the emotional lives of the characters and, you know, can I bring something? Can I bring a mix of humor and heart to this? Because that is what I love to watch. And it’s what I love to work with. And so when I stepped into, you know, the Marvel playground — the cool thing about Marvel is that it is an ever-evolving universe and you have straight dramas, and you have very comedic films, and we are in that world where we’re definitely playing with a more comedic world, but it also is still part of Marvel land.”

It will be interesting to see how She-Hulk is comedic as the main character is a lawyer for super heroes. The show may place Jennifer Walters with unlikely clients that leave her in awkward positions. Super heroes in court might mean that the cases she takes on are quite unusual, leaving some room for some odd and absurd humor.

It is hard to guess what to expect, but if the focus is on Walters, fans should be glad to see the title character as the heart of the story.  This has been a complaint from Star Wars fans regarding the recent series, The Book of Boba Fett.

Although not much is known about the exact plot of She-Hulk, Shang Chi and the Legend of the Ten Rings (2021) may have provided some clues.

The Simu Liu-led movie had a post credits scene featuring Bruce Banner rather than Professor Hulk, leaving fans to be very confused. The journey for Banner in Infinity War (2018) and Endgame (2019) had him go from having Hulk not show up when he needed him most to becoming Professor Hulk — at which point he was Hulk and Bruce Banner at the same time. Now, Bruce Banner is seemingly back and there have been no answers for why that is.

As for the future of the Marvel Cinematic Universe, fans are speculating that a number of new super hero groups are being formed through upcoming Disney+ Original projects. This includes the Thunderbolts, Defenders, Young Avengers, Midnight Sons, X-Men, and the Fantastic Four.

At this time, however, the exact trajectory of She-Hulk remains unknown.

Are you looking forward to this MCU series?