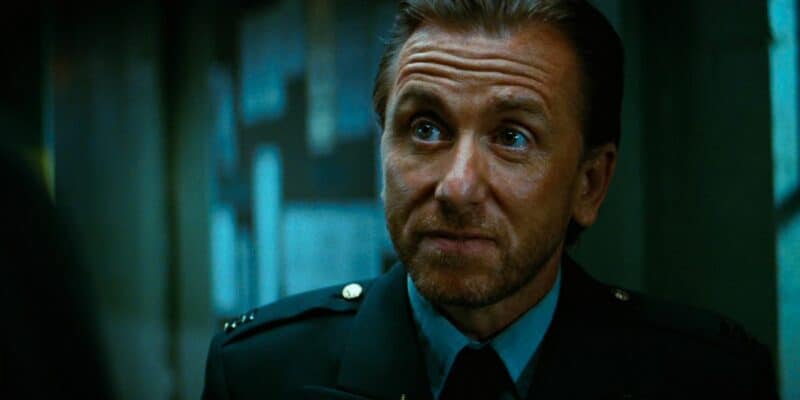 MCU star Tim Roth has shared an update on where She-Hulk is in regard to production.

Kevin Feige announced during the 2020 Disney Investor Day event that Tim Roth would be returning to the Marvel Cinematic Univers. The actor is set to reprise his role as Emil Blonsky/Abomination in the upcoming Disney+ Original series, She-Hulk with Tatiana Maslany starring as Jennifer Walters/She-Hulk alongside Mark Ruffalo’s Bruce Banner/Hulk.

Fans even got a sneak peek at Roth’s return in Shang-Chi and the Legend of the Ten Rings (2021).

Abomination first appeared in the Incredible Hulk (2009) as Tim Roth starred alongside Edward Norton who played Bruce Banner/Hulk in the movie before being recast afterward to Mark Ruffalo. The movie also introduced General Thaddeus Ross played by William Hurt who has been not only an antagonist for the Incredible Hulk, but also for the Avengers in Captain America: Civil War (2016).

With Abomination coming back into the MCU, fans wonder if he will join the Thunderbolts, a group of super-powered villains as Julia Louis Dreyfus’s Contessa Valentina Allegra de Fontaine has been recruiting US Agent (Wyatt Russell) and hiring Black Widow’s “sister”, Yelena Belova (Florence Pugh), for work. Other candidates would be Baron Zemo played by Daniel Brühl and of course, William Hurt’s Thaddeus Ross who can become the Red Hulk. Marvel has been introducing a lot of characters in Phase Four and hinting at the formation of new superhero groups such as the Defenders, Young Avengers, and the Thunderbolts.

Roth appeared on Dempsey Pilot’s On Tape podcast to share his experience on his recently released mystery/drama film, Sundown. During the podcast, Roth was asked whether or not he knew when She-Hulk was going to release:

“Yeah, we shot that – I think they’re still working on it, because of all the post-production elements… I don’t know when it’s coming out, I actually don’t know. I haven’t got a clue.”

Related:New MCU Star Reportedly Returning For Another Project This Year

Even though Roth doesn’t know when the show will release, it is possible that he has followed the likes of Charlie Cox and Andrew Garfield and lied about if he knew since he did sign an NDA contract. Most likely Roth doesn’t know, but he did share that the series is in post-production. Another source discussed some other details that are known about She-Hulk:

…with She-Hulk having wrapped principal photography in August 2021, it seems likely that the series is nearly ready to go.

This makes sense as She-Hulk most likely requires some more visual effects than the previous MCU shows. She-Hulk and Hulk are CGI characters when they aren’t in human form. With Moon Knight being announced to debut on Disney+ on March 30, it makes sense that we won’t get any announcement until two months before the release date leaving it to most likely debut in the summer to let the Obi-Wan Kenobi show will possibly premiere on May 4th since Disney+ has had a good track record of having a Star Wars project premiere on that day. Ms. Marvel is already slated to debut in Summer 2022 and just did reshoots so it will most likely release after She-Hulk.

Related:Marvel Admits They “Cut Back” Daredevil Scenes in ‘Spider-Man‘

When do you think She-Hulk will debut on Disney+? Let us know in the comments below!