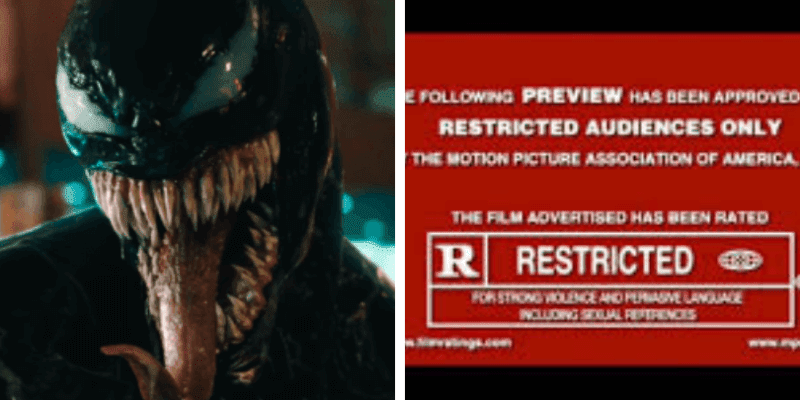 As the Comic Book Movie Wars continue, DC took the latest victory releasing an unprecedented telling of The Joker’s origin story. Joker, starring Joaquin Phoenix, earned over $1.05 Billion worldwide which makes it the most profitable comic-book-inspired movie of all time.

Joker is now the third R-rated comic book movie to bring in extremely high earnings, following the success of both Deadpool and Logan. Now, as Sony gets set to make a sequel to their movie, Venom, they are now starting to question: Should they go for it? Should this next film, directed by Andy Serkis, be rated R?

Venom producer Matt Tolmach is very much open to the idea. He was quoted saying:

“I mean, I think you always have to think about [it], now that that works. Having said that, our movie worked really well. Our franchise exists as it is, and I don’t think anybody is looking to just say, ‘Hey, they [did it]!’ We have a place in the world. So it isn’t like suddenly everybody’s considering what to do with the rating. … I think what Joker does is it tells you that you can succeed.”

Related: Marvel might have found a way to introduce Venom into the MCU

Tolmach is referring to the old narrative that comic book movies cannot succeed with an R-rating. Because it alienates their target audience: kids! Now that appears to be changing. “I think it’s the greatest thing in the world,” he continued, “that R-rated movies are being embraced by massive audiences. And it just means that there are more opportunities for that kind of storytelling.” But this is still a relatively new development, and there is still a huge pull to ensure movies across all genres get the PG-13 rating.

The Pro and Con of Making a PG-13 Movie

If your movie is rated PG-13, that means it is basically open to everyone. If it’s a comic book action movie, parents are going to be less resistant to letting their kids under-13 see the movie. Only one F-bomb is allowed, and no explicit nudity. The assumption then is that a bigger accessible audience will lead to bigger profits — cast a wide net, and all that.

The story has to be watered-down in many cases to fit the PG-13 rating. Yes, R-rated movies are famous for packing in gratuitous amounts of language, sex, and violence, but sometimes it’s necessary. When that story is cut short out of fear not enough people will come to see it, it often leads to weaker storytelling.

Comic book movies that might have been better if rated R

Sometimes, you have to bite the bullet and let the movie get the R-rating for the sake of the story. Several movies chicken out for the sake of profits, but movies like Joker, Logan, and Deadpool have proven that if you tell a story that is unapologetically raw and honest with the audience.

Here is a list of comic book movies that many have argued should have been rated R but conceded to the PG-13 rating.

But is an R-Rating Necessary to Tell the Story?

The purpose of an R-rating is to warn audiences of a raw, honest telling of a story. It is not meant to label films as a source for moviegoers to satisfy their hedonistic hunger for gratuity. While, yes, there is plenty of “gratuity” in Logan and Deadpool, it was necessary to fully tell that story.

So, does the Venom sequel need to be rated R to tell the story? Sony producer Avi Arad doesn’t think so. He’s been quoted saying:

“To define what Venom is as violence. He’s not. He’s the lethal protector, which is a very different thing. We want to be really true to the comics. Today, in CGI and stuff, we can make Venom bite your head. But we don’t have to show the head going side to side like, ‘That actually tastes good.’ It’s irrelevant. What’s relevant is that you finally understood, is that a bad guy? Yeah.”

Venom 2 is scheduled to be released in theaters on October 2, 2020. The jury is still out on the movie’s rating.

Did you know: The Motion Picture Association of America did not have a PG-13 rating until the mid-1980s. Before that, movies made the jump from PG straight to R. But in 1984, Steven Spielberg and Lucasfilm released Indiana Jones and the Temple of Doom. It pushed the boundaries of PG and R ratings and inspired the Motion Picture Association of America to label a new middle-ground. The first movie to be rated PG-13 was Red Dawn.

Comments Off on After “Joker” success, will “Venom 2” be rated R? Producer weighs in