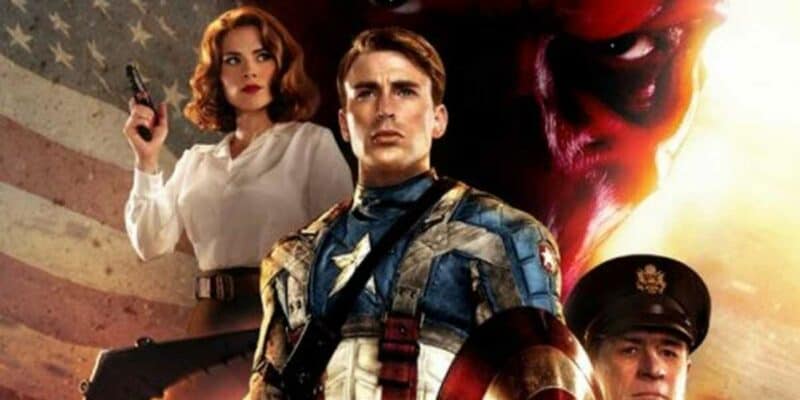 Marvel Studios’ Phase Four has had its ups and its downs. Black Widow (2021) brought a lawsuit from star Scarlett Johansson (Natasha Romanoff/Black Widow), Shang-Chi and the Legend of the Ten Rings (2021) and Spider-Man: No Way Home (2021) broke records, while Eternals (2021) underperformed at the Box Office. The same can be said for their original shows on Disney+ with WandaVision, Falcon and the Winter Soldier and Loki quickly becoming fan-favorite series and Hawkeye and What If…? struggling to find the same success.

But the breakout star of What If…? Captain Carter (voiced by Hayley Atwell) was one of the best things to come from the MCU’s first animated show. Marvel Comics announced she will be getting her own series this year and just dropped a new trailer teasing the new female super soldier.

The new Marvel Comic following Captain Carter will hit shelves in March 2022. It will run for five issues and be written by Jamie McKelvie (Young Avengers, The Wicked + The Divine) and illustrated by Marika Cresta (Star Wars: Doctor Alpha).

The timing of her new series coincided with her imminent rumored big-screen debut in Doctor Strange 2, starring Benedict Cumberbatch as Doctor Strange, Elizabeth Olsen as Wanda Maximoff AKA Scarlett Witch, was initially scheduled to hit theaters back in March before being delayed.

Per Marvel, the series can be summed up with:

“A reality where Agent Peggy Carter took the Super-Soldier Serum instead of Steve Rogers is turned upside down when the World War II hero is pulled from the ice where she was lost in action decades before. Peggy struggles to find her footing in a modern world that’s gotten a lot more complicated – cities are louder, technology is smarter and enemies wear friendly faces. Everyone with an agenda wants Captain Carter on their side, but what does Peggy want? And will she have time to figure it out when mysterious forces are already gunning for her?”

Marvel Entertainment posted a trailer for the comic that confirms the version in the new comic book series will be a variant of the one seen in What If…? who went on to become a Guardian of the Multiverse for the Watcher (Jeffery Wright). She found herself in the modern-day after letting herself be pulled through an interdimensional portal to stop Red Skull’s weapon by the giant tentacle monster Shuma-Gorath, who will be called Gargantos in the MCU.

This version was different from another super soldier version of Peggy Carter, where she became Captain Britain in an alternate Marvel universe.

However, in the new comic she will find herself in modern times just like Steve Rogers/Captain America (Chris Evans) did in Captain America: The First Avenger (2011). The same Marvel film in which Agent Carter first appeared before getting her own series on ABC, which may or may not be canon to the Marvel Cinematic Universe.

After being trapped in ice for decades she will be thawed out and put to work by SHIELD (Strategic Homeland Intervention, Enforcement and Logistics Division). In the Marvel Cinematic Universe, Agent Carter was a founding member of SHIELD.

Captain Carter is also rumored to cameo in the upcoming Doctor Strange in the Multiverse of Madness (May 6, 2022), presumably as the same variant from What If…?. What If…? has also been confirmed to be getting a second season and Captain Carter is expected to return with Hayley Atwell returning to voice the variant of Peggy Carter who received the super soldier serum.

Let us know in the comments if you are excited for more from Captain Carter.