Rotten Tomatoes Puts 'Guardians' In DC Timeline, Gunn Calls Them Out - Inside the Magic 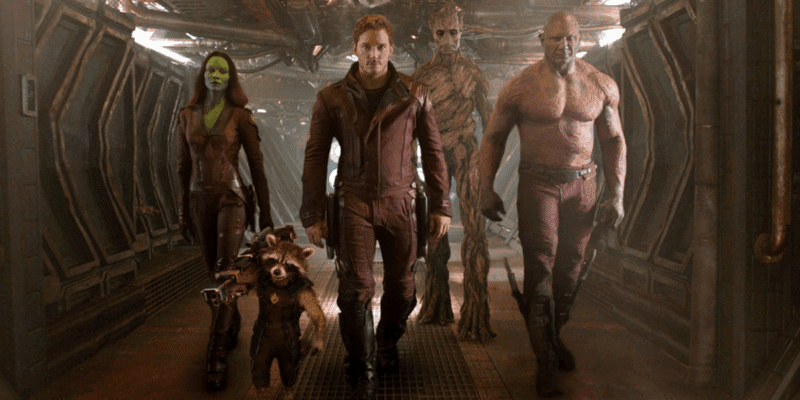 Apparently, Rotten Tomatoes believes Guardians of the Galaxy Vol. 1 (2014) is in fact a DC movie.

Rotten Tomatoes mislabeled Gunn’s Suicide Squad spinoff, Peacemaker, alongside Guardians in their new official timeline for the DC Extended Universe. It’s hard to believe that someone could mix the new DC show with the iconic MCU movie as the two are nothing alike.

To be fair, the DCEU’s timeline isn’t easy to understand. Many fans didn’t know when Peacemaker occurred as it connected with the Justice League, but not in a key way, leaving fans unsure of where the story fit within the DC universe.

Gunn was able to go all out for Peacemaker as he included gore and violence and having controversial moments like bringing in the Justice League. The show was a success for HBO Max as the show has greenlit a second season with Gunn set to return to write and direct the show.

To make things better, Gunn Tweeted back to Rotten Tomatoes asking how Guardians Vol. 1  ended up after Bird of Prey (2020):

I’m surprised Guardians is after Birds of Prey in the DCEU timeline. 👀

I’m surprised Guardians is after Birds of Prey in the DCEU timeline. 👀 https://t.co/185JEGsaXM

After that, it’s unclear what Gunn will do with Marvel and DC as it seems the director has been enjoying his time with DC a lot more. It makes sense after his brief moment of being fired from Guardians 3  that the director would continue to work with DC. In comparison to working with the MCU, Gunn has a lot more creative control with his DC projects. The Suicide Squad (2021) has been praised by many fans for its outlandish humor and violence that wouldn’t have worked for a MCU film.

The description of the show reads:

Set five months after the events of The Suicide Squad (2021), the series follows Christopher Smith/Peacemaker as he is enlisted by an ARGUS black ops squad led by Clemson Murn for “Project Butterfly,” a mission to take out parasitic butterfly-like creatures.

More About Guardians of the Galaxy Vol. 1

Here’s a description of the movie:

An action-packed, epic space adventure, Marvel’s “Guardians of the Galaxy,” expands the Marvel Cinematic Universe into the cosmos, where brash adventurer Peter Quill finds himself the object of an unrelenting bounty hunt after stealing a mysterious orb coveted by Ronan, a powerful villain with ambitions that threaten the entire universe. To evade the ever-persistent Ronan, Quill is forced into an uneasy truce with a quartet of disparate misfits–Rocket, a gun-toting raccoon; Groot, a tree-like humanoid; the deadly and enigmatic Gamora; and the revenge-driven Drax the Destroyer.

Did you like Gunn’s response to Rotten Tomatoes? Let us know what you think in the comments below!

Comments Off on Rotten Tomatoes Puts ‘Guardians’ In DC Timeline, Gunn Calls Them Out