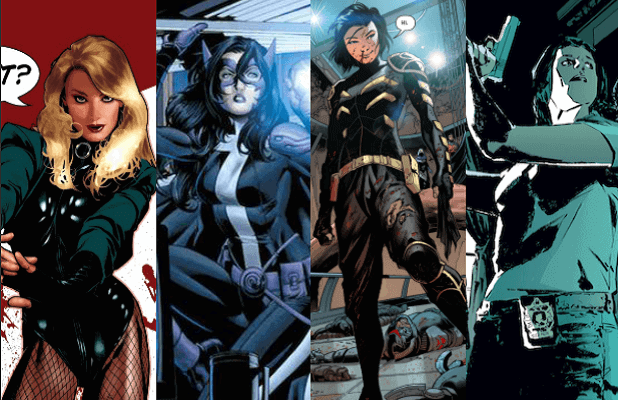 When Warner Bros. and DC’s “Suicide Squad” premiered back in 2016, Harley Quinn instantly became a household name, popping up without fail at every convention and cosplay event all over the country.

Now, it looks like Harley will be coming back, but this time with a brand new team. Margot Robbie will reprise her role as the Cupid of Crime in DC’s “Birds of Prey,” which will team her up with a group of female anti-heroes. And today it has been announced exactly who will be in this new team.

According to a report from The Wrap, Quinn will be joined by Black Canary, Huntress, Cassandra Cain and Renee Montoya. The report also reveals that the villain of the film will be a Batman villain who has not yet been featured on the big screen. For those keeping score at home, that rules out the Joker, the Penguin, Catwoman, Two-Face, the Riddler, Poison Ivy, Mr. Freeze, Bane, Scarecrow and Ra’s al Ghul.

Black Canary and Huntress have both been featured in the CW’s “Arrow,” while Montoya has appeared in Fox’s “Gotham.” Cain is also rumored to appear in the final season of “Gotham.”

No casting decisions have been made for these characters as of yet, but Robbie will produce the new film, adding to her responsibilities as the star. She will be joined by Cathy Yan, who is set to direct the new movie.

No release date has been set for DC’s “Birds of Prey.”