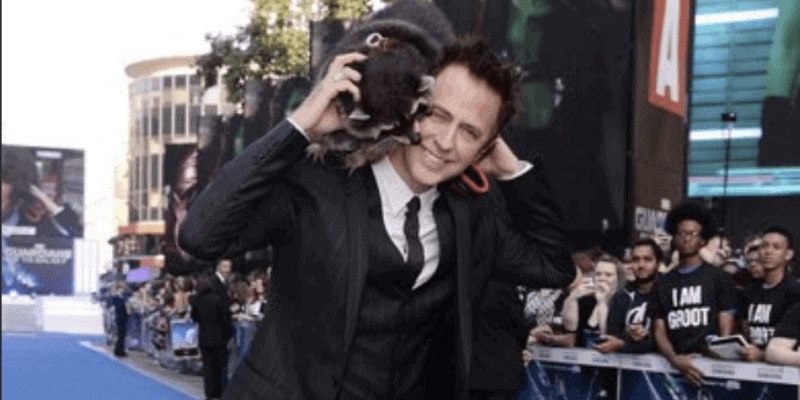 James Gunn has decided that he may like working on television shows rather than another Guardians film.

The Guardians director has been busy working hard with DC as he finished The Suicide Squad (2021) and went straight to work with John Cena on Peacemaker which just aired the season finale this week. Now, Gunn is working to make sure he gets everything right with the Guardians of the Galaxy Vol.3  which is set to release in May 2023.

The director had talked with Variety about the finale of Peacemaker which had a surprise cameo of the Justice League — angering fans in the process — and Gunn was able to weigh in on how his time with DC changed his film making process:

“I think “The Suicide Squad” also has informed “Vol. 3” a lot in terms of how we’re shooting it. There’s a different type of groundedness, I think, in this movie that we had in both “Peacemaker” and “Suicide Squad.” I learned so much from everything that I do.”

Gunn also explained how he felt his style for the third Guardians film was always going to be different from Guardians 2:

“I had as much fun as you could have during COVID making “Peacemaker,” and so I’m trying to apply that more to “Vol. 3.” In all truth, the first two “Guardians,” I love the cast and crew, but they were really difficult to make. And a lot of that was self-imposed difficulty by me. I realized after “Vol. 2” that I couldn’t continue to live a life if I made everything I did like “Vol. 2,” which I just killed myself over, unnecessarily. I needed to balance my life a little bit better. And so I’ve been applying that to “Vol. 3.””

James Gunn has learned a lot these past few years as his journey with DC began after being fired by Marvel Studios for a short period of time due to controversial online messages. This left Guardians 3 up in the air until the director was brought back to finish the project. In that small window, Gunn was confirmed by DC to make The Suicide Squad, which has subsequently received a lot of praise for being one of the “best” DCEU films ever made.

With Guardians 3 in the works right now, the cast for the movie has already confirmed this will be their last outing together. It will be a darker, emotional ride which will be quite different than the previous installments. Gunn has expressed that he doesn’t plan to come back after Guardians 3 to do another Guardians film as he believes his time should be spent in television:

On top of Peacemaker Season 2, the director is also working on another Suicide Squad Spin-off. Gunn seems to have his hands full with DC projects, but he has no other confirmed projects with Marvel. There is a chance that Guardians 3 will be the last time Gunn works with Marvel which will be sad due to how influential Guardians of the Galaxy Vol. 1 (2014) and Vol.2 (2017) were to the MCU.

Guardians of the Galaxy Vol.3 will be bigger than ever as it will star Chris Pratt as Star-Lord, Zoe Saldana (Gamora), Dave Bautista (Drax the Destroyer), Bradley Cooper (Rocket), Vin Diesel (Groot), Will Poulter (Adam Warlock), and a lot more. Thor: Love and Thunder (2021) will include the Guardians crew meaning fans don’t have to wait as long before seeing them again in the MCU.

Is Guardians 3 James Gunn’s last project with Marvel? Let us know in the comments below what you think!