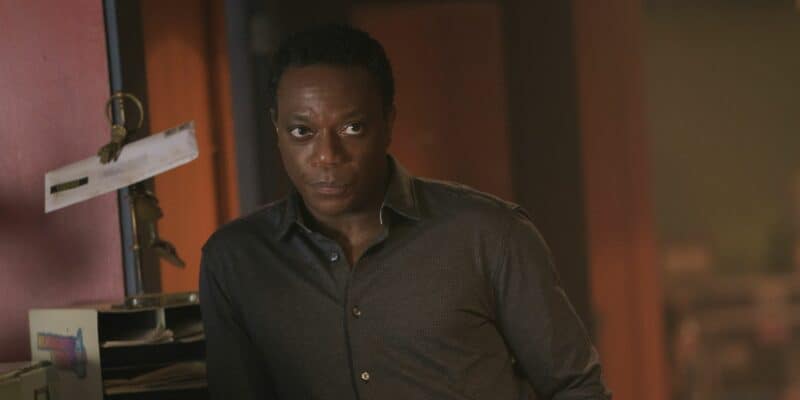 Chukwudi Iwuji shared that his character in Guardians 3 may have a larger role than expected.

James Gunn and Iwuji have worked closely the past year going from Suicide Squad spinoff, Peacemaker, to working on Guardians of the Galaxy: Vol. 3 (2023) which was a big change for Iwuji as he came directly from stage theater.  Iwuji’s character was teased earlier to be complex and has led fans to speculate that he could be playing the Higher Evolutionary, a geneticist who is portrayed as a kind creator or sometimes as a mad scientist willing to do whatever it takes to achieve his ends.

In an interview with Variety, Iwuji discussed how his character in Guardians 3 differed from Clemson Murn, the character he played in Peacemaker.

“The production is so big. James and I, we’re picking up where we left off. [The character] is very different from Murn. It requires different stuff from me. The way James works with me is pretty much the same, which is he trusts my choices — but at the same time when I give him a choice, he’s ready to push it further. He’s making me push myself. This character needs an extremism that I didn’t need to really tap into in “Peacemaker” that I’m tapping into here. Our relationship remains the same, one of enjoyment, mutual love and trust.”

Peacemaker does revolve around an alien invasion with alien butterflies invading humans and taking over their bodies. This makes it very hard for Murn and his team to know who is really on their side. Without getting into spoilers for the show, Murn’s character acts as a great leader for the team as he is calm and resourceful.

Iwuji continues on to explain that he can’t say much about his character but did give a tidbit of new information:

I can’t say who I’m opposite the most, but I will say that I interact with everyone. I’ll give you that nugget. I get to share the love.

Knowing that Chukwudi will interact with the whole Guardians crew is good, but doesn’t really reveal much. Iwuji doesn’t exactly say that he sees all of the crew at once. Perhaps Iwuji’s character interacts with members of the crew throughout the film? It’s hard to say since we also don’t know how Will Poulter’s Adam Warlock will fit into the story. James Gunn is known to be bold — even controversial as seen with Peacemaker — leaving fans to wonder what will happen to the Guardians crew as this will be the last time they will all be together.

Guardians of the Galaxy 3 is set to release in May 2023 with Star-Lord (Chris Pratt), Rocket (Bradley Cooper), Drax (Dave Bautista), Groot (Vin Diesel), Gamora (Zoe Saldana), and more returning in James Gunn’s next movie in the Marvel Cinematic Universe.

Do you think Iwuji will have a large role in Guardians 3? Let us know in the comments below!