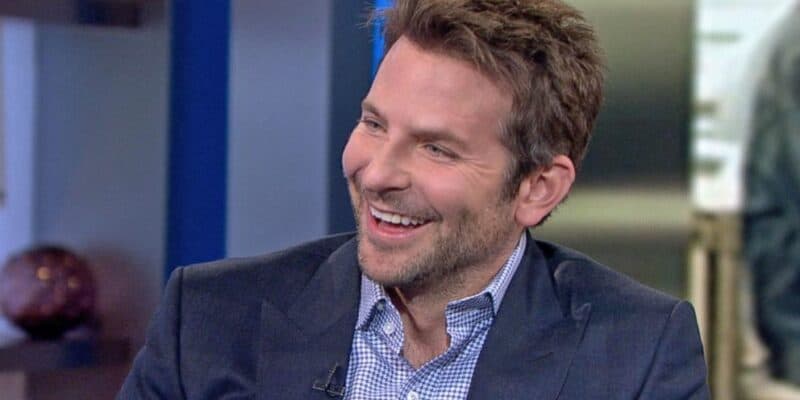 Guardians of the Galaxy star Bradley Cooper (Rocket Raccoon) has detailed a “pretty insane” knife attack he experienced in New York City while on his way to pick up his daughter, Lea, prior to the COVID-19 pandemic.

Related: ‘Guardians of the Galaxy’: Dave Bautista’s Drax FINALLY Gets A Shirt

The 46-year-old A Star Is Born alum recently shared his harrowing tale on the “Armchair Expert” podcast. He said:

“I used to walk around New York City all the time with these [headphones] on — this was pre-pandemic — I was on the subway [at] 11:45 to pick Lea downtown at Russian school and I got held up at knifepoint. It was pretty insane. I realized I had gotten way, way too comfortable in the city. My guard was down. … I was all the way at the end of the subway. Innately, I would just go all the way down to the end. I felt somebody coming up. I thought, Oh they want to take a photo or something. As I turned, I’m up against the post like it’s the French Connection or some s–t, and I turned. I looked down and I see a knife.”

Cooper went on to say that the weapon was three inches long and was a “nice knife” with “some history behind it.” Eventually — and fortuitously — the eight-time Academy Award nominee was able to escape from his adversary:

“I just started booking, just started running. I jumped over the turnstile, hid around the white, tiled entrance to the subway [and] took my phone out. He jumped over, running away. I took a photo of him. Then I chased him up the stairs. He started running up 7th Avenue. I took two more photographs of him,” the eight-time Oscar nominee recalled. “I ran down two police officers in an SUV, showed them the photograph and I’m, like, talking to them, and the guy kept saying — it was so interesting — he’s like, ‘Are you stabbed?’ I was like, ‘No, no.’ He was like, ‘Check to see if you’re stabbed.’ What happens is people get stabbed and they’re in shock. I looked to see if he was right. … And then I got back on the subway and picked up my daughter.”

Marvel fans can look forward to seeing the American Hustle alum back in the Marvel Cinematic Universe in Guardians of the Galaxy: Vol 3. (2023), which director James Gunn and leading man Chris Pratt (Peter Quill/Star-Lord) have both confirmed is currently in production.

Less exciting for those who love Cooper’s popular character, however, is the fact that it has also been confirmed by Marvel Studios that neither Cooper’s Rocket Raccoon nor Vin Diesel’s Groot will be back for the Guardians of the Galaxy Holiday Special, which was announced at last year’s Disney Investor Day event.

The film that launched the Guardians franchise in 2014 is officially described as:

An action-packed, epic space adventure, Marvel’s “Guardians of the Galaxy,” expands the Marvel Cinematic Universe into the cosmos, where brash adventurer Peter Quill [Chris Pratt] finds himself the object of an unrelenting bounty hunt after stealing a mysterious orb coveted by Ronan [Lee Pace], a powerful villain with ambitions that threaten the entire universe. To evade the ever-persistent Ronan, Quill is forced into an uneasy truce with a quartet of disparate misfits–Rocket [Bradley Cooper], a gun-toting raccoon; Groot [Vin Diesel], a tree-like humanoid; the deadly and enigmatic Gamora [Zoe Saldana]; and the revenge-driven Drax the Destroyer [Dave Bautista]. But when Quill discovers the true power of the orb and the menace it poses to the cosmos, he must do his best to rally his ragtag rivals for a last, desperate stand–with the galaxy’s fate in the balance.

What do you think of Cooper’s crazy real-life story?