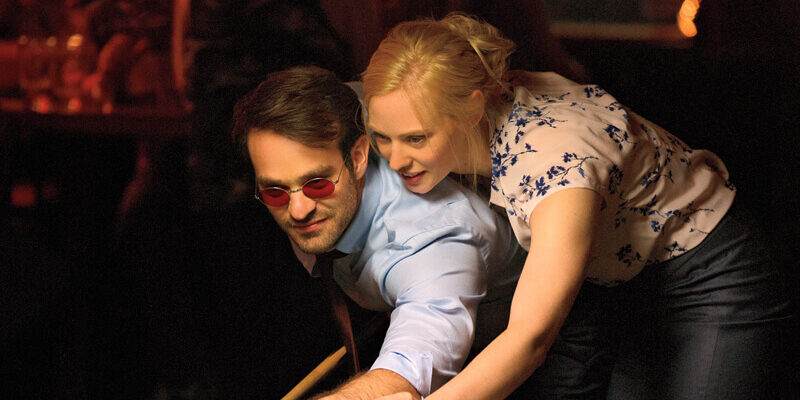 Then, in late 2021, Feige and Co. delivered, introducing both Cox and D’Onofrio’s into the MCU via Spider-Man: No Way Home and Hawkeye, respectively.

Now, Daredevil and other Marvel series are set to leave Netflix on March 1, 2022. And, per a Deadline report, they will officially land on a Walt Disney Company-owned streaming platform — either Hulu or Disney+ is seemingly set to get Netflix’s Marvel lineup:

Sources confirm to Deadline that Netflix’s license for Marvel’s Daredevil, Jessica Jones, Luke Cage, The Punisher, Iron Fist and The Defenders team-up limited series is ending and the rights to the shows is reverting to Disney…

The article went on to note, however, that at this time, it is up in the air, at least publicly, whether the shows will ultimately land on Hulu or Disney+, where Marvel Studios’ own Phase Four series have all premiered so far:

…The more adult-focused Hulu, which is controlled by Disney, does have two original Marvel series (M.O.D.O.K, Hit-Monkey) — both adult animation and both sold by Marvel TV before it was disbanded. There had been no expectations that new Marvel content from the studio run by Kevin Feige would find its way to Hulu, with the company’s TV pipeline going straight into Disney+ where Marvel is one of the marquee brands with its own section.

Disney has not yet revealed a timeline for when Marvel fans can expect an announcement about the series’ new home and when they will officially debut.

As for Cox and D’Onofrio’s Marvel Cinematic Universe futures, Cox has revealed that Murdock will soon be appearing “everywhere.”

62-year-old D’Onofrio’s next appearance has not yet been confirmed, but Hawkeye spinoff series Echo seems like a good bet.

Are you excited Daredevil is officially coming to a Disney streaming platform?