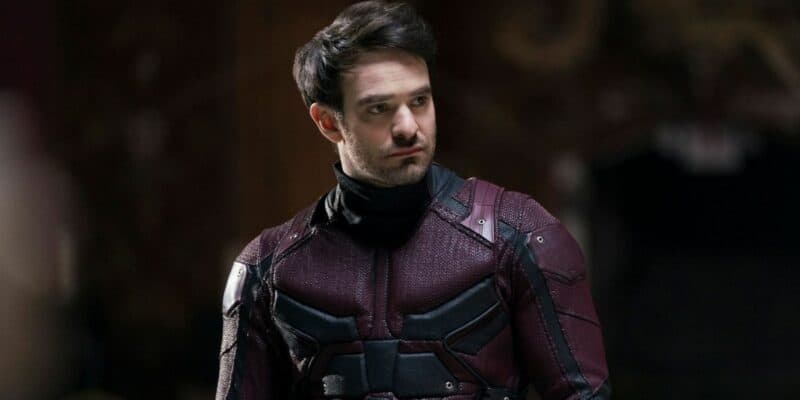 Netflix was once the golden crown in the universe of streaming. Years ago, shows like House of Cards and Orange Is the New Black showed consumers that original content wasn’t just coming, it was going to be stellar. Since then, multiple outlets have debuted streaming services. We’re talking HBO Max, NBCUniversal’s Peacock, and the bastion of blockbuster content, Disney+.

Now, it has been quietly revealed that even more popular series will be leaving Netflix as the service strives to save its subscribers from going elsewhere. Fans should get ready to say goodbye to some beloved Marvel shows very, very soon.

At the most recent Walt Disney Earnings Call, CEO Bob Chapek said that the performance of sleeper hit, Encanto (2021) is proof that streaming is the future. The magical adventure debuted with a lukewarm box office last November but by the New Year, the Family Madrigal was the talk of the town. Both the Disney animated classic movie and the soundtrack have racked up an impressive set of records worldwide.

But, we aren’t here to talk about Bruno.

It is no doubt that Netflix, home to shows like Stranger Things, Tiger King, Cobra Kai, and original movies like Red Notice (2021), is one of the most popular streaming services in the world. The entertainment powerhouse can certainly hold its own but as services like Disney+ continue to expand their original content through their owned brands like Marvel Studios and Lucasfilm’s Star Wars, viewers are seemingly flocking to Mouse House.

Now, as reported by ComicBook, it seems Netflix will lose its hold on some of its own original Marvel series.

Marvel’s Daredevil and other TV shows developed with Netflix will be leaving the streaming platform on March 1st, 2022, according to Netflix. Reports began to emerge overnight that various European consumers were seeing a warning at the start of episodes that indicated the series would be leaving Netflix on February 28.

According to the outlet, both Daredevil and Jessica Jones are among those Marvel shows affected. At this time, it is now clear that the other Netflix Marvel TV shows like Luke Cage, Iron Fist, The Punisher, and Defenders will follow suit, as reported later by Entertainment Weekly:

Fans first began noticing a note attached to the start of these shows on Netflix that read, “This show is available until March 1st.” No other information was given, but EW independently confirmed [all] the shows will be leaving at midnight on March 1.

When Daredevil debuted in 2014 it quickly became a fan-favorite with viewers celebrating the gritty, realistic take on the Devil of Hell’s Kitchen, perpetuated by Charlie Cox’s robust portrayal of the famous Marvel Comics character. The Netflix show was certainly a far cry from Ben Affleck’s Matt Murdock who appeared in the widely-panned Daredevil (2003) alongside Jennifer Garner as Elektra Natchios.

Since Daredevil‘s debut, and throughout its three-season run, other interconnected Marvel shows debuted. Krysten Ritter’s Jessica Jones received critical acclaim while others garnered a mixed reception (Luke Cage, Punisher and Defenders), and one — Iron Fist — was universally disliked.

While the removal of these staple Original Series from Netflix is sure to shock some fans, it is not unusual that the Marvel shows would eventually be withdrawn from the streamer and potentially placed elsewhere AKA Disney+. There is no confirmation that Daredevil and Jessica Jones will appear on Disney+ anytime soon but as additional seasons were failed to be picked up at Netflix as Marvel Studios’ roster continued to grow, it would not be surprising to see Cox and Ritter make their way over to the Disney streamer.

In addition, after many years of speculation of whether the Netflix Marvel characters existed in the same shared universe as Kevin Feige’s Marvel Cinematic Universe, Vincent D’Onfrio appeared as the Marvel character Wilson Fisk AKA Kingpin in Marvel’s Hawkeye alongside Jeremy Renner (Clint Barton/Hawkeye) and Hailee Steinfeld (Kate Bishop) on Disney+. Then, Charlie Cox made his way into Jon Watts’ Spider-Man: No Way Home (2021), starring in a cameo scene with Tom Holland (Peter Parker/Spider-Man), Marisa Tomei (May Parker), and Jon Favreau (Happy Hogan).

This latest information comes just weeks after it was revealed that Disney was taking exclusive control of the popular series Modern Family, How I Met Your Mother, and Sons of Anarchy.

It must be noted that not all Marvel content will be distributed straight to Disney+. Spider-Man: No Way Home will actually launch on Starz when its at-home release begins with Sony also striking a deal with Netflix last year for their upcoming superhero Marvel movie content.

Will you miss these Marvel Netflix shows? Let us know in the comments down below!

Disney+ is currently the home to The Mandalorian, The Book of Boba Fett, The Bad Batch, WandaVision, The Falcon and the Winter Soldier, Loki, What If…?, and Hawkeye. Moon Knight, Ms. Marvel, Andor, Obi-Wan Kenobi, and The Bad Batch Season 2 will debut this year.