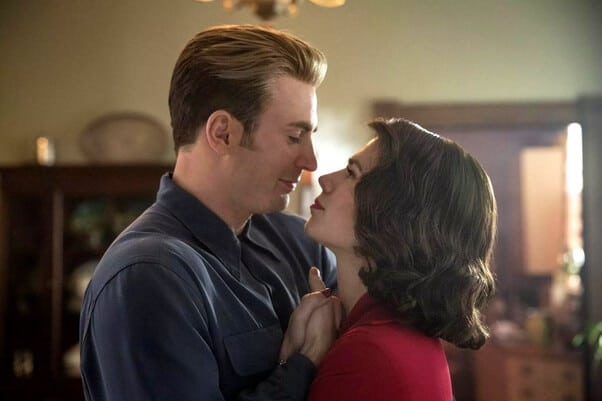 In the Marvel Comics world, popular Marvel characters find themselves dealing with all manner of storylines that never make it into Kevin Feige’s Marvel Cinematic Universe.

From Thanos returning to kill the original Captain Marvel to Spider-Man getting an entirely new origin story involving Captain America to the heartbreaking deaths of two Guardians of the Galaxy characters, Marvel comic books see popular characters get into all manner of scrapes.

Now, in a new issue of “Avengers Forever,” Peggy Carter is set to join forces with the Avengers team to rescue the Marvel Multiverse. Per one new article:

The title introduces new heroes from across the multiverse as they assemble to stop the Multiversal Masters of Evil. So far in its first three issues fans have met Tony Stark, the Ant-Man, and new versions of Thing, Wonder Man, Moon Knight, and Vision. By the time Avengers Forever #4 comes to an end, Captain Carter, star of the What If… ? Disney+ animated series, joins the fight to save the multiverse.

In a preview panel, as the aforementioned article notes, “A character off-screen welcomes them [Moon Knight and Vision] to the team, but also reminds them that none of them can go back to their homes “until this war is won.” We then see Captain Carter standing tall next to a Hawkeye and a War Machine with Black Widow’s emblem on its chest and black-and-red colors on its armor.”

It is intriguing that Marvel chose to use Captain Carter in lieu of Sam Wilson’s version of Captain America, who debuted in The Falcon and the Winter Soldier early last year. Wilson’s Cap, played by Anthony Mackie, is set to star in Captain America 4, directed by Malcolm Spellman.

Captain Carter appeared in the first episode of Marvel’s What If…?, the Disney+ Original animated series that explored what would have happened if key MCU moments had gone differently than they actually did. In Carter’s case, she took the place of Steve Rogers’s Captain America, becoming Captain Carter in a uniform emblazoned with the Union Jack.

It has been confirmed that Carter will continue playing a key role in What If…? Season 2. Producer Brad Winderbaum previously shared:

“We realized, I think, early on in development as we were starting to get AC [Bradley’s] scripts and starting to look at the arc of the series that there was going to be a character that bubbled up and became more important,” Winderbaum said. “Not more important than the rest, but had a strong relationship with The Watcher, who is really our driving force behind the series, and that’s Captain Carter.”

What do you think about Captain Carter joining forces with the Avengers?