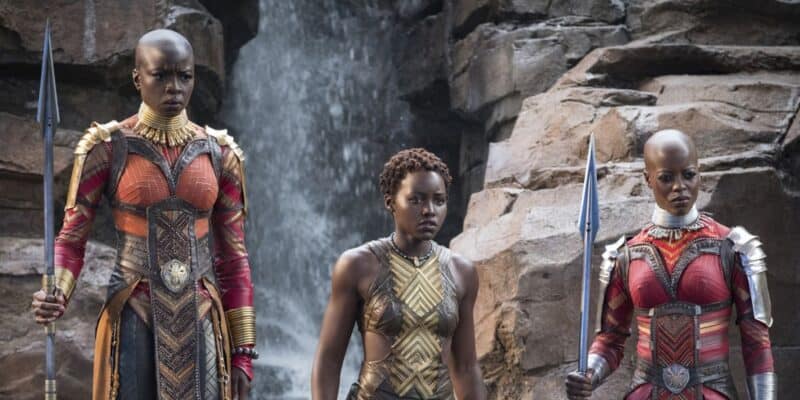 Having only recently premiered, Black Panther: Wakanda Forever has inspired Disney and Marvel to throw some new spinoff series concerning Wakanda’s people into development. While that certainly sounds like a fine idea on paper, doesn’t it feel just a little bit too soon?

Taking care of the elephant in the room, Marvel’s Black Panther series really isn’t the same without Chadwick Bozeman in the lead role. Marvel can move Shuri, Nakia, and Okoye into the spotlight, they can bring audiences back to Wakanda with brilliant visuals of the nation’s famous technology, and they can even go as far as inducting Namor the Submariner into the MCU, but it will not be the same without Prince T’Challa.

This might sound like a harsh critique, and that’s not to say that these characters aren’t interesting and these concepts wouldn’t work, but Bozeman’s passing won’t go unnoticed. Even in the sequel, T’Challa’s death plays a huge role in the main plot, so a spinoff series would likely do the same. A Black Panther spinoff needs a Black Panther, pure and simple.

That all being said, if the series in question take inspiration from the film, using the citizens and setting of Wakanda as the centerpiece of the production, certain doors can definitely be opened and new stories told for Disney’s magical streaming service. Similar to how Zootopia+ utilizes the setting and side characters of the animated film that inspired it, Marvel could do the same with a Wakandan-based spinoff. That might sound like comparing apples to oranges, but the point remains. Wakanda needs to be the primary focus of whatever Marvel wants to bring to Disney+. The only question that remains is would any series work with these concepts in mind and without a literal Black Panther.

At this time, the answer is still up in the air. However, Shuri and Okoye are two of the most interesting Wakandans in the MCU, and the latter-mentioned leader of the Dora Milaje has already had some time to get her spear wet on Disney+. In theory, spinoffs concerning them have the foundations for mature and emotional storytelling. Especially if Shuri is still dealing with the grief of her brother’s death. Either way, no matter what direction Marvel takes, fans can safely expect an action-packed, tech-heavy, sci-fi adventure with all the bells and whistles Wakanda can provide.

Would you watch a Wakandan Disney+ series? Tell us in the comments below!