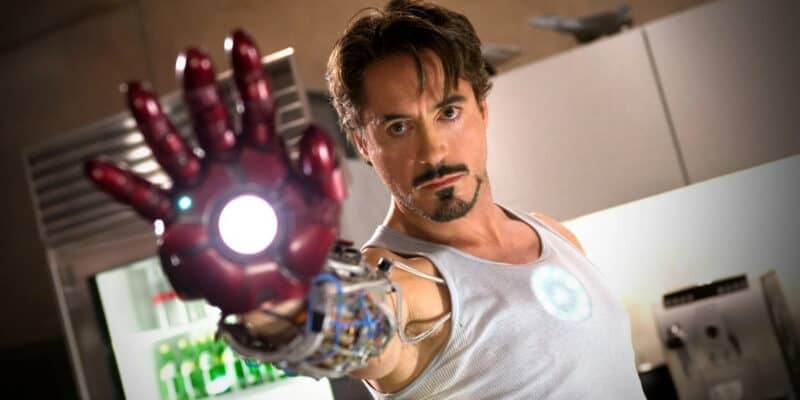 The Walt Disney Company’s Marvel Studios sequel “Black Panther 2” AKA Black Panther: Wakanda Forever (2022) is hitting cinemas in just a couple of days — and there’s a surprising connection in it that you may not have known about!

The second movie in the Black Panther franchise is set to dominate the world as the first film did — with the much-anticipated release only a few days away for many around the globe. Black Panther: Wakanda Forever is directed by Ryan Coogler from the first film, Black Panther (2018), and will focus on an unstable Wakanda facing the loss of their protector King T’Challa, played by the late Chadwick Boseman in the first movie and other Marvel Cinematic Universe properties such as the Avengers franchise, notably in Avengers: Infinity War (2018) and Avengers: Endgame (2019). Familiar faces will have to grapple with the sudden loss of Chadwick Boseman’s King T’Challa in-universe, such as Okoye (Danai Gurira) of the Dora Milaje, T’Challa’s lover Nakia (Lupita Nyong’o), current Wakandan Queen Ramonda (Angela Bassett), T’Challa’s mother and sister Princess Shuri (Letitia Wright). Also returning are Martin Freeman (Everett Ross), Winston Duke (M’Baku), and Florence Kasumba (Ayo), another key Dora Milaje warrior.

During the events of Black Panther: Wakanda Forever, Namor the Sub-Mariner (Tenoch Huerta) and his people will pose a threat to the African nation. Along for the ride is the young tech genius Riri Williams/Ironheart (Dominique Thorne) who makes her big screen and MCU debut, and will act as the audience’s stand-in as an outsider visiting from the US. And according to director Ryan Coogler, she’ll be the one connected to Iron Man/Tony Stark (Robert Downey Jr.) somehow — I mean, “Iron” is in the name.

In fact, in the Marvel Comics, the incredibly intelligent Riri Williams/Ironheart directly engages with an Artificial Intelligence (AI) of the late Tony Stark/Iron Man, essentially becoming his protégé and carrying on the name by taking on the superhero moniker “Ironheart”. Now, Coogler prefaces Ironheart’s entry into the world of the Marvel Cinematic Universe by implying that Riri Williams’ relationship with the late, great “genius, billionaire, playboy, philanthropist” may not be as straightforward as people might think.

Speaking to DesiNerd on the subject of Tony Stark’s connection to Riri Williams, Coogler answers a question about Iron Man’s connection to Dominique Thorne’s new character. It’s been said that Riri Williams as Ironheart will almost “take over” the role as the “new Iron Man”, even if as a spiritual successor, with an upcoming solo series Ironheart (2023). This is not unlike the “new Captain America” (and ex-Falcon), Anthony Mackie’s Sam Wilson, who will star in upcoming Captain America: New World Order movie come 2024.

Yeah, yeah, that’s a great question. I don’t want to put any spoilers out there… I know you all haven’t seen the film yet. I know the same for your audience. But yeah, there is a connection there between her and Tony, but it isn’t… it’s a complicated connection. And Riri is a supporting character in this film, so she’s there kind of in concert with a lot of other characters. But she does play a major role and we will get to know a little bit about how how she became who she is when we meet her in this in this film.

Clearly, from what Coogler was able to tell us, Tony Stark and Riri Williams might not have a very… straightforward connection. This relationship being “complicated” raises some intriguing possibilities — for the character of Ironheart might not be on the best terms with the late tech billionaire Tony Stark.

In the following clip from the upcoming film, it’s clear that young Riri Williams is definitely upset when Okoye and Shuri enter her dorm uninvited:

This is certainly an ominous scene of and raises an even bigger question: why is Okoye threatening to bring Riri Williams to Wakanda “unconscious” if she doesn’t comply? What is making them act in such a way to want to basically kidnap a (likely) college-aged girl?

Perhaps this has something to do with her abilities in tech — and perhaps even a potent connection with something belonging to the late Tony Stark that spells trouble for the usually peace-loving African nation of Wakanda.

Either way, we’ll only know for sure once the movie arrives in cinemas!

What do you think of the potential connection that Black Panther: Wakanda Forever might have with the late Tony Stark? Share your thoughts in the comments below!