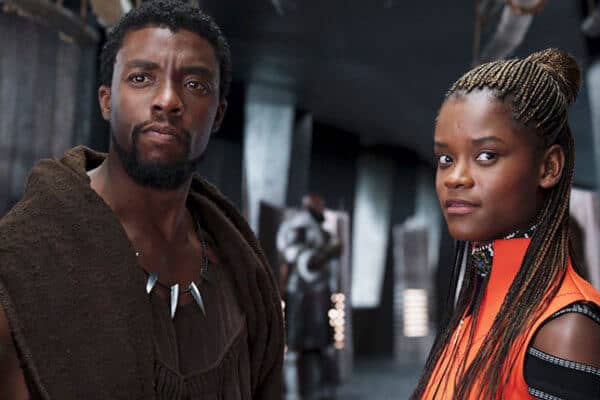 The MCU’s upcoming film Black Panther: Wakanda Forever (2022) is only about a month away — and the blockbuster coming from Marvel Studios and director Ryan Coogler will stage a grand send-off for the late Chadwick Boseman’s King T’Challa as the eponymous Black Panther.

Now that the new Captain America actor slipping into the Star-Spangled Man With A Plan’s shoes has been confirmed, the only question left is who exactly will take on the Iron Man mantle — whether literal or spiritual — with the more ‘spiritual’ side of the character already hinted by Marvel Studios to be Peter Parker’s (Tom Holland) in Spider-Man: Far From Home (2019).

In fact, the Marvel Cinematic Universe will soon introduce the newest inclusion to the Iron Man franchise with the Tony Stark successor Ironheart/Riri Williams played by Dominique Thorne. Thorne’s Riri Williams will feature for the first time in the MCU in the ending chapter to Phase Four, November’s Black Panther: Wakanda Forever.

According to The Direct’s coverage of Empire Magazine, it’s been revealed that Marvel actually passed on the “new Iron Man” actor at first, who auditioned for the role of Princess Shuri — the character who is rumored to replace Chadwick Boseman as the new Black Panther. Ostensibly, Thorne could have originally been the world’s “new Black Panther” instead of its “new Iron Man”.

Marvel Studios Head Kevin Feige had this to say about Ironheart’s role in the new Black Panther film:

What’s fun about Riri in this film is that she’s us. She’s an American coming into this world, and she represents the point of view of an outsider in a very interesting way.

It’s clear from this that Thorne’s role as Ironheart will now take on an “outsider” perspective — which makes her almost mirror Wright’s Shuri on the “inside” and heart of Wakanda.

Thorne also comments on her incoming Marvel character Riri Williams, expanding on her impact and praising Wakanda as a “haven for Black brilliance”:

There couldn’t be a safer runway for Riri to come into her genius and her superherodom than in the world of Wakanda, which is known as being a haven for Black brilliance. It’s us getting to know her as she’s getting to know this side of herself, and how she can potentially impact the world.

Thorne for one seems thoroughly content in her role as Riri Williams now — despite her initial Marvel Studios rejection.

What do you think of the new Iron Man and likely new Black Panther? Are you excited for Black Panther: Wakanda Forever? Share your thoughts in the comments below!