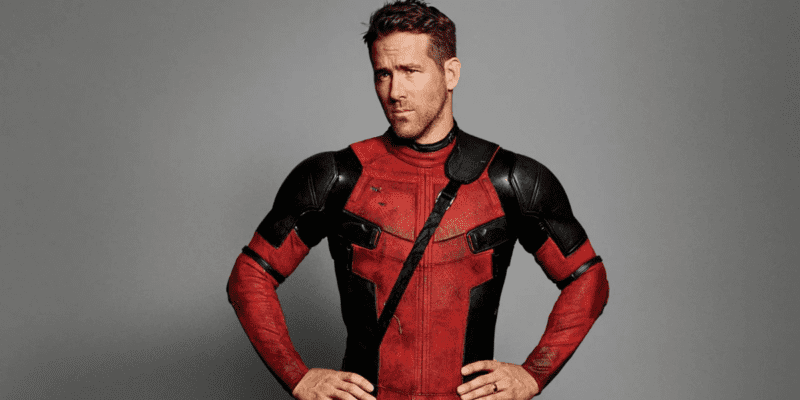 Ryan Reynolds doesn’t actually like big budgets at all!

Related: ‘Deadpool 3’ Could Be “Reimagined” For The MCU Under Disney

The Marvel Cinematic Universe (MCU) has recently announced that the Deadpool 3 movie will be coming out under their Marvel Studios umbrella, after their acquisition of 20th Century Fox (now 20th Century Studios). In fact, Ryan Reynolds (The Adam Project), who plays Deadpool/Wade Wilson in the films, dropped the huge bombshell along with “frenemy” Hugh Jackman AKA X-Men Universe’s Wolverine/Logan.

The Deadpool franchise began with the first film in 2016 directed by Tim Miller. The sequel, Deadpool 2, was instead directed by David Leitch which came to theaters in 2018. Both super-antihero films starred Ryan Reynolds as the main character Deadpool/Wade Wilson — the meta and fourth-wall-breaking “Merc with a Mouth”. Wade Wilson is a wisecracking mercenary with late-stage cancer, who underwent experimental procedures that kickstarted his genetic mutation, led by Ajax/Francis Freeman (Ed Skrein), when he realized that he did not have much longer to live.

Directed by Free Guy‘s (2021) Shawn Levy and written by Paul Wernick and Rhett Reese of previous Deadpool franchise fame, Deadpool 3 is set to release 6 September, 2024. While Hugh Jackman’s run as Wolverine ended with Logan (2017) and the character’s death within the X-Men franchise, it appears that all is not over for the metal claw-wielding superhero thanks to the Marvel Cinematic Universe’s Multiverse Saga. The joint announcement was met with much internet discussion and excitement, the two actors even posting an “update” with a hidden message for Marvel fans to decode.

Now, speaking to Scott King of Forbes Entertainment while doing press for his newest project, Welcome to Wrexham, Ryan Reynolds reveals his stance regarding the new Marvel Studios Deadpool 3 project — now that the cat is out of the bag:

King: Ryan, there was a lot of mystery and intrigue with [Wrexham soccer player] Paul Mullin’s one-year contract. Just curious if you could say if it was more or less than the projected budget for Deadpool 3?

Reynolds: Well, you’ll have to take that up with Kevin Feige. A certain Deadpool’s budget was just spit and about 58 cents.

Reynolds expands on this, volunteering his belief that “too much time and too much money” can actually “[murder] creativity”:

It’s interesting that you bring that up because I think there is actually a tangible parallel there, which is that I think great things happen when there are constraints. Typically, what murders creativity, in my mind, is when there’s too much time and too much money.

He likens the way this Wrexham project has been operating with the approach to Deadpool 3:

When you’re operating, at least when you’re trying to create an operation in the national league with a club like Wrexham, you have to look at it in a sustainable way. You’re not looking to put your finger on a scale that’s just obscene in some way, but you are looking to build out a team that you can actually maintain and sustain for a long period, you’re trying to sort of create a model there. You know that’s not too dissimilar to how we looked at Deadpool.

Reynolds also reflects on the multiple budget cuts that the Deadpool movie had to go through, adding that “we found ways to turn it into lemonade”:

Every barrier we were up against, every moment the studio took away money that we needed for our budget, we found ways to turn that into lemonade, and that’s how we’ve been approaching this project certainly.

The “lemonade” statement is a reference to the idiom, “when life gives you lemons, make lemonade”, which is to say that Reynolds is implying that the Deadpool film team while at 20th Century underwent a fair number of setbacks and budgetary issues. However, Reynolds believes fully that creative projects working under constraints actually lends to a tighter artistic vision and execution.

This idea of “too much freedom” was often attributed to the not-so-favorable reviews received by previous MCU projects like Taika Waititi’s Thor: Love and Thunder (2022) came out in theaters earlier this year.

Do you agree with smaller budgets for blockbuster films like those in the MCU? Are you excited for Deadpool 3? Share your thoughts in the comments below!

The Marvel Cinematic Universe’s experienced a dramatic ending to Phase Three, with Avengers: Endgame directed by Anthony and Joe Russo, saying goodbye to Marvel heavyweights Robert Downey Jr. as Tony Stark/Iron Man and Chris Evans as Steve Rogers/Captain America. Marvel went full steam ahead, releasing Shang-Chi and the Legend of the Ten Rings (2021) starring Simu Liu (Shang-Chi), Spider-Man: No Way Home (2021) with Tom Holland, Andrew Garfield, and Tobey Maguire all as their own separate, Multiversal version of Peter Parker, Doctor Strange in the Multiverse of Madness (2022) with Benedict Cumberbatch (Doctor Strange) and more recently, Thor: Love and Thunder (2022) with Chris Hemsworth (Thor Odinson) and Natalie Portman (Jane Foster/Mighty Thor). Coming up in the MCU during the Phase Six transition, are films like Fantastic Four and Avengers: The Kang Dynasty and Avengers: Secret Wars, as the latest news revealed at this year’s San Diego Comic Con.