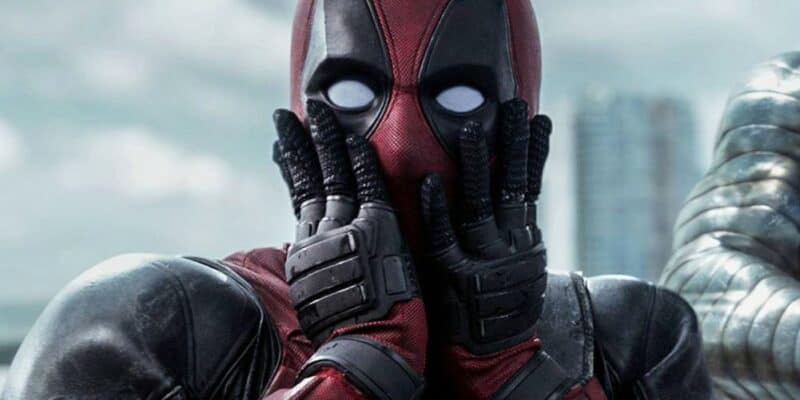 A well-known lip reader has revealed what was actually said during the Deadpool 3 bombshell announcement video!

Just a day or so ago, the epic Ryan Reynolds (Free Guy) and Hugh Jackman YouTube video officially announced that the third Deadpool film, Deadpool 3, will finally join The Walt Disney Company and Marvel Studios’ Marvel Cinematic Universe (MCU). This means that the iconic characters from the X-Men franchise will officially join the likes of Chris Hemsworth’s Thor Odinson and Benedict Cumberbatch’s Doctor Strange!

When that first video dropped into everyone’s social media feeds, the internet collectively lost their minds — and when the “update” dropped teasing the content of the new Wolverine-Deadpool collab, the world was left wondering what the frenemies really said over the… very loud rendition of “Wake Me Up Before You Go-Go” by classic ’80s group Wham!.

The first-ever Deadpool film came out in 2016 directed by Tim Miller, with the sequel Deadpool 2 directed by David Leitch coming to theaters in 2018. Both films starred Ryan Reynolds as the eponymous Deadpool/Wade Wilson, the meta and fourth-wall-breaking “Merc with a Mouth”. The character of Wade Wilson is an “anti-hero” sort of superhero, a wisecracking mercenary who underwent experimental procedures led by Ajax/Francis Freeman (Ed Skrein) to try to cure his late-stage cancer, upon realizing that he didn’t have much longer to live. The experiments kicked a latent genetic mutation into gear, causing Wade Wilson to develop his iconic superhuman-healing alongside severe scarring all over his body, leaving him in a constant state of pain.

The second or “Part Hugh” update video can be viewed here, if you wanted to re-watch the original before checking out the lip reading:

For years, Hugh Jackman and Ryan Reynolds have always been locked in a legendary friendly rivalry of sorts, always teasing each other and dropping into each others’ projects and taking part in social media wars — even to the point where their “frenemy” status was mentioned explicitly in the Deadpool franchise when it was still with 20th Century Fox (now 20th Century Studios under The Walt Disney Company).

It appears that Ryan Reynolds and Hugh Jackman spent the time rambling almost incoherently about nothing — except maybe there’s a few tiny hints — if you look close enough.

A loose transcript reads as follows:

Reynolds: These two f*cking guys… get out there and he’s like grrr! And I’m just like guuugh! And I just f*cking catch him and I’m chasing him all over the place and we’re going through all these difference paces –

Reynolds: Yeah! And I’ve got the swords that [fighting noises with Jackman]

Reynolds: But I’m fine! I’m totally laughing about it!

Jackman: And I’m alive too but you really have to see this because we’re in our prime, it’s true, the prime!

Reynolds: Yeah! And what a way to make it up to you.

Jackman: I’m so excited about this you guys are just gonna f*cking love it!

Reynolds: It’s gonna be the best!

This all happens before the music dies down and the two actors are heard enthusiastically thanking Marvel Studios’ head Kevin Feige.

Feige is known for being the ultimate authority on who and what goes into the MCU — especially during this convoluted Multiverse Saga.

What Jackman and Reynolds did reveal is that there could well be a “huge f*cking explosion” — perhaps hinting at a Multiversal “Incursion” as depicted in previous MCU films Spider-Man: No Way Home (2022) and Doctor Strange in the Multiverse of Madness (2022)?

They also mime themselves fighting, and Ryan Reynolds even goes so far as to mime popping back up, saying “I’m fine! I’m totally laughing about it” after he gets his head punched by “Wolverine” AKA Hugh Jackman — which absolutely keeps in line with his character and his super-healing abilities. Interestingly, Jackman then says “and I’m alive too!” which also is in-keeping with his character’s similar superhuman healing and regeneration abilities, as well as likely referring to the fact that his character is “alive” even after the events of 2017’s Logan, which seemingly put the Wolverine character to rest for Jackman.

Overall, it’s pretty clear that the two will be upkeeping their “rivalry” in the new Deadpool 3 flick — what we’re wondering is if we’re likely seeing a “Deadpool vs. Wolverine”-type movie. Maybe, along the similar vein of DC’s Batman v. Superman (2016) — where we eventually see them teaming up to take down and even greater evil that ties further into the Marvel Cinematic Universe.

Are you excited for Deadpool 3? What do you think of this lip reader’s take on the video? Share your thoughts in the comments below!