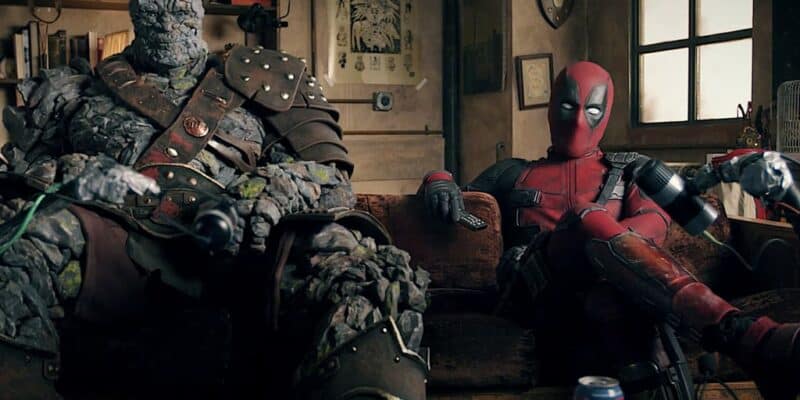 Fan-favorite franchise Deadpool within Fox’s X-Men Film Series, starring Ryan Reynolds as the eponymous Deadpool/Wade Wilson from Deadpool (2016) and Deadpool 2 (2018), is one series that Marvel fans have been worried about following the Disney acquisition.

This is because Deadpool is known for being extremely, unapologetically, mature-rated, with a very unique, fourth-wall-breaking style that frequently plays into meta-narratives — like making fun of Hugh Jackman, the actor who plays X-Men’s Wolverine.

Now, in an interview with IGN about ongoing Disney+ series She-Hulk: Attorney at Law (2022), MCU veteran actor Mark Ruffalo, who plays the Hulk/Bruce Banner in the films, shares his belief that the Marvel Cinematic Universe could see the Deadpool character and franchise “reimagined” just like Thor:

I mean, what we did with Thor: Ragnarok… they had thrown out, basically, Thor and totally reimagined him. And Hulk… for that matter. So I feel confident that between [Shawn Levy] and Ryan, they’re gonna do something that’s gonna be very satisfying to the Deadpool people.

This idea of a  a “reimagined” Deadpool under Kevin Feige might rankle fans who’ve grown to love the specific version of the Merc with a Mouth portrayed by Ryan Reynolds in the Fox movies.

However, Ruffalo expresses his utmost confidence in the people working at Marvel Studios to deliver on Deadpool 3. Speaking on his experience, Ruffalo talks of the Kevin Feige-led Marvel Cinematic Universe movies he’s been in that have fully allowed directors and creatives to stretch their legs:

I mean, listen, you know… Ryan [Reynolds] could take that anywhere… and I trust that he will. The one thing about Marvel is they pretty much let the filmmakers make the film they want to make. I mean sometimes it doesn’t work out, but every experience I’ve had, it’s been like that.

Mark Ruffalo is definitely speaking from a significant amount of experience here, having been one of the original six Avengers to take the world by storm in 2012’s The Avengers.

His character of the Hulk and Bruce Banner underwent a serious narrative arc and character revamp in Thor: Ragnarok, as did Chris Hemsworth’s character, Thor Odinson. That film, directed by New Zealander Taika Waititi (who also directed this year’s Thor: Love and Thunder), sought to revitalize both the characters, taking them from more one-dimensional characters to more nuanced ones that stood more or less on their own, evolving after battling their own demons. The result of that was a Thor that was much lighter and more open, who had to deal with grief, and the “Smart Hulk” combination of Bruce Banner and the Hulk (whose journey we might even see in a Hulk solo movie).

The question now is whether fans are ready for Deadpool to undergo the same treatment, as the franchise moves to a company known for its more “family-friendly” bent.

What do you think of a “reimagined” Deadpool? Share your thoughts in the comments below!