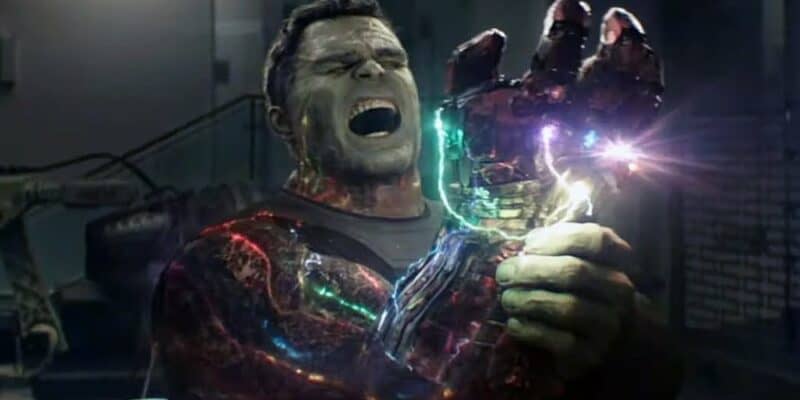 There might be an all-new Hulk solo movie on the horizon if Mark Ruffalo’s enthusiasm for a “standalone story” has anything to say about it.

Following last week’s discussion surrounding the Marvel Cinematic Universe’s past Captain America/Steve Rogers’ (Chris Evans) virginity, it seems that Ruffalo is intent on looking to the future with this week’s episode, openly discussing his willingness for a solo Hulk flick.

Ruffalo speaks on the Hulk’s future and place within the MCU:

The cool thing about this world is that it could just be anything. Five years from now it could totally morph into anything, whatever’s pertinent at the time.

Ruffalo then goes on to specify specific storylines from the Marvel Comics, particularly “Berserker Hulk” and “World War Hulk” as possible contenders for an MCU-Bruce Banner outing:

I almost see him going back to “Berserker Hulk” or “World War Hulk” It could go anywhere. That’s the exciting part — I’ve played five different versions from beginning to now, and that’s kept it interesting for me and I hope interesting for other people.

Clearly, Ruffalo believes in the flexibility of the Hulk’s character — as he said, Ruffalo has played “five different versions” of the Big Green Guy. This includes the most recent amalgamation of both Bruce Banner and the Hulk’s personalities into Smart Hulk.

Ruffalo also chats about another “standalone” story that he could see featuring in a future solo Hulk film — and it has to do with those missing two years between Avengers: Infinity War (2018) and Avengers: Endgame (2019):

I think this is a good entry into that time period, that two years between Infinity War and what happened in Endgame — there’s a gap where we don’t know what happened to him and all of a sudden he’s a professor and he is no longer Banner after he couldn’t turn into the Hulk. I love how we start to open up that world, but I think there’s almost a standalone story to be told for just those two years. How did we go from a Banner who couldn’t turn into the Hulk anymore to all of a sudden this fully integrated version? This is a really nice way to introduce that story, but I also feel like it doesn’t satisfy exactly what happened in that time period. I think there’s a lot more to say about it.

Ruffalo is referring to an arc that his character went on throughout the course of the MCU’s Phase Three, culminating in Avengers: Endgame where Bruce Banner finally consolidated the two sides — which is the way we see Smart Hulk in the current timeline.

It definitely seems like there’s more than enough material for a standalone Hulk project, with the ending of Ruffalo’s “hidden contract”. And since Mark Ruffalo himself seems more than willing, Marvel fans will just have to stay tuned to where the Marvel Cinematic Universe (and Kevin Feige’s whims), lead us.

She-Hulk: Attorney at Law can be watched here, exclusively on Disney+.

What do you think of a solo Hulk movie? Share your thoughts in the comments below!

On Jennifer Walters’ side are Nikki Ramos (Ginger Gonzaga) and Mallory Brook (Renée Elise Goldsberry), while social media influencer Titania (Jameela Jamil) will pose a challenge for the newly-turned superhero.