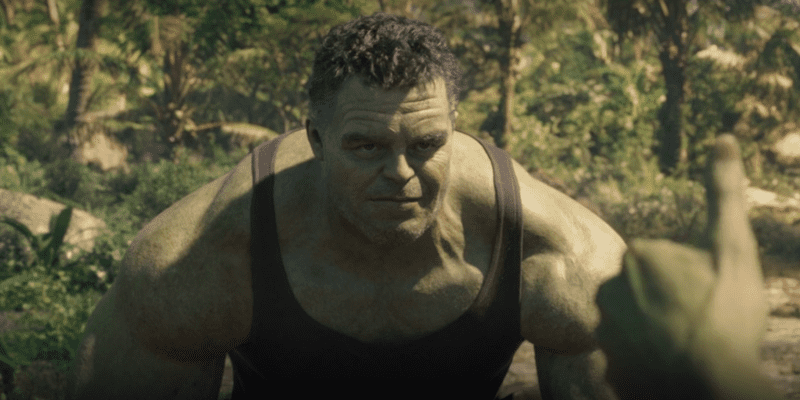 After an unfavorable reaction to its first trailer, namely for its CGI, She-Hulk: Attorney at Law has surprised both critics and audiences. The nine-episode series from creator Jessica Gao finds Maslany’s Jennifer Walters — the eponymous She-Hulk — coming to terms with her new superhuman identity as the world’s newest Hulk, and dealing with the aftermath of her superpowered status within the corporate world of law.

The Kat Coiro-led directing team has already put Maslany’s new Marvel character to good use, setting Walters up as the head of the Superhuman Law Division at Goodman, Lieber, Kurtzberg & Holliway (GLK&H) with her first task being the release of Emil Blonsky AKA Abomination (Tim Roth). Marvel fans last saw Roth’s Abomination in Destin Daniel Cretton’s Shang-Chi and the Legend of the Ten Rings (2021) when the former Hulk adversary fought Sorcerer Supreme Wong (Benedict Wong) in the secret underground fight club.

As usual, the Disney+ television output is seemingly filling in some essential timeline gaps for Kevin Feige’s Marvel Phase Four. The first episode of She-Hulk: Attorney at Law gave clarity on the whereabouts of Banner/Hulk and Tony Stark/Iron Man (Robert Downey Jr.) post-Blip, and this sophomore episode acknowledged both the glaringly obvious Celestial Tiamut poking out of the Indian Ocean, teased the potential existence of X-Men Wolverine in the Marvel Cinematic Universe, and also situated the series around the events of Cretton’s Shang-Chi and the Legend of the Ten Rings.

Once again, She-Hulk also hinted at the World War Hulk storyline through the recurring appearance of the Sakaar spaceship — yes, the ship that caused Walters and Banner’s life-changing (at least for the former) crash in the season premiere.

Despite these nods, something else also stands out from the second episode and that is the presence of Aunt Rebecca. During a family dinner scene, a group of relatives has gathered to offer support to Maslany’s downtrodden recently-fired Walters, and while not named in the scene, the credits show that Elizabeth Becka’s character is named Aunt Rebecca.

In Marvel Comics lore, Rebecca is the name of Bruce’s mother, and as we know Jennifer Walters is the cousin of Banner, it makes sense that this Aunt Rebecca is Bruce’s mother in the MCU. Becka is a tenured television and screen actress so it’s odd that she would play such a small, but named, role in one of Marvel’s biggest TV shows of the year. As the series progresses, fans may likely see more of the character.

This led to Bruce repressing his personality and shutting off his emotions, which became a key part of his own origin story as he held back his anger and resentment before the gamma radiation turned him into the Hulk.

This unresolved anger towards his mother’s death would become intrinsically linked to Bruce’s rageful Hulk, a trait seemingly not shared with the MCU’s incarnation.

The Hulk’s origin has never really been explored in the MCU. The Incredible Hulk (2008) bypassed Bruce Banner’s exposure to gamma radiation, relegating it to the opening credits sequence — much like what Cat Shortland did in explaining Natasha Romanoff’s indoctrination into the Red Room Black Widow training program in last year’s Black Widow (2021).

Like characters such as Spider-Man, the origin of the Hulk is relatively well-known so it’s easy to see why Marvel didn’t spend much time on the birth of the green-skinned beast, but of late, it feels like Banner’s backstory needs to be injected into the MCU especially as the franchise is seemingly teasing a big role for the Avenger moving forward.

Do you think Aunt Rebecca will play a larger role in She-Hulk: Attorney at Law moving forward? Let us know in the comments down below!

She-Hulk: Attorney at Law joins WandaVision, The Falcon and the Winter Soldier, Loki, What If…?, Hawkeye, Moon Knight, and Ms. Marvel on Disney+.