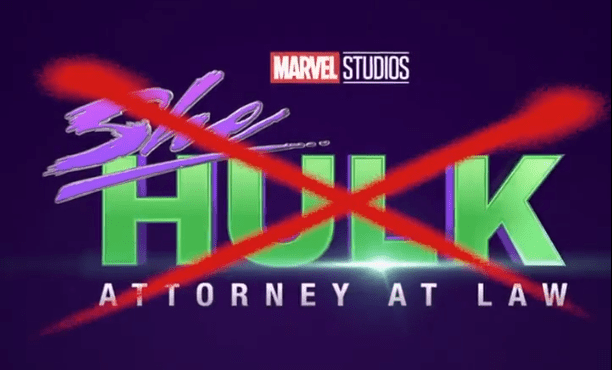 The release of Marvel Cinematic Universe’s latest project, She-Hulk: Attorney at Law, has been controversial, to say the least. While the series has received mostly positive reactions from its viewers, many still don’t seem to enjoy the newest installment of the MCU.

She-Hulk was review bombed even before its official release, and haters of the series have voiced their opinions about it. However, recently an influencer took their hate for the show a little too far.

A video posted online shows several promotional posters from the show being vandalized, pasting posters above the face of the main character and writing all over them with spray paint.

She-Hulk (@SheHulkOfficial) posted a video of the incident on Twitter, commenting, “somebody’s mad.”

However, the bold hater later wouldn’t remain anonymous for long. A second video was quickly posted by no other than the influencer, icon, and global lifestyle brand Titania (@titania), who recently joined Twitter and Instagram to show the world, in the most fashionable way possible, that she is better than She-Hulk.

The video quickly gathered thousands of likes and reactions, including a response from American comic book writer Dan Slott (@DanSlott).

You just know that it’s killing @Titania that @SheHulkOfficial has a Twitter Blue Check.

You just know that it's killing @Titania that @SheHulkOfficial has a Twitter Blue Check. 😮 https://t.co/lFbd2zlKMJ

The hilarious stunt shows that the actors and the team involved in the development of She-Hulk: Attorney at Law are enjoying the project as much as fans of the Marvel Cinematic Universe are.

Jameela Jamil, who plays Titania in this new show, shared the video on her social media and even commented that she never thought the team behind She-Hulk: Attorney at Law would do this video when she pitched the idea to them. “They are the most fun creative team EVER. And their marketing has been INSANE for this show. I love @marvelstudios team @shehulkofficial 4 EVA,” she added.

The series will also feature Mark Ruffalo as Bruce Banner/Hulk, Jameela Jamil as the villainous Titania, Tim Roth as Abomination, Renée Elise Goldsberry as Amelia, and Ginger Gonzaga as Nikki.

Are you enjoying She-Hulk: Attorney at Law on Disney+? Let us know in the comments below!